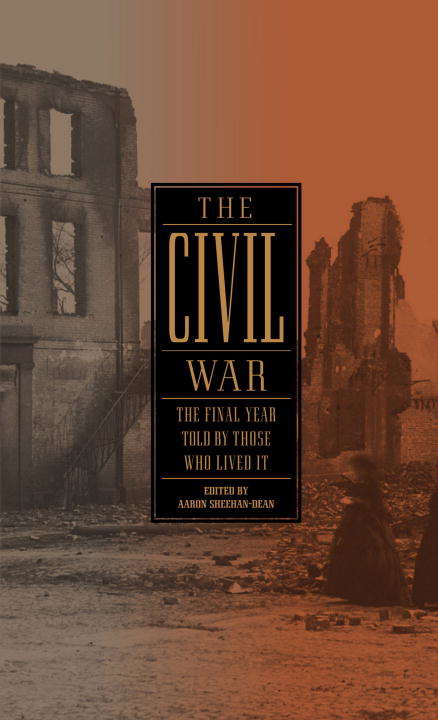 This final installment of the highly acclaimed four-volume series traces events from March 1864 to June 1865. It provides an incomparable portrait of a nation at war with itself, while illuminating the military and political events that brought the Union to final victory, and slavery and secession to their ultimate destruction. Here are more than 150 letters, diary entries, memoir excerpts, speeches, articles, messages, and poems by over a hundred participants and observers, both famous and unsung, including Abraham Lincoln, Jefferson Davis, Ulysses S. Grant, William T. Sherman, Robert E. Lee, Frederick Douglass, Walt Whitman, Herman Melville, Harriet Jacobs, Henry Adams, Elizabeth Keckly, and George Templeton Strong, as well as Union and Confederate soldiers; women diarists from North and South; and freed slaves. The selections include vivid and haunting firsthand accounts of legendary battles and campaigns-- the Wilderness, Spotsylvania, Cold Harbor, the Atlanta campaign, the Crater, Franklin, Sherman's march through Georgia and the Carolinas--as well as of the desperate conditions inside Andersonville prison; the sinking of the Confederate raider Alabama; the passage of the Thirteenth Amendment; and the struggles of both black and white civilians to survive the harsh and violent downfall of the Confederacy.

Copyright:
1979 The Library of America