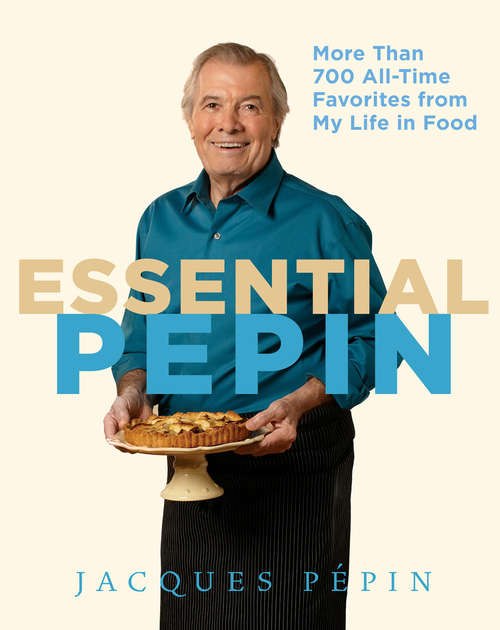 For the first time ever, the legendary chef collects and updates the best recipes from his six-decade career. With a searchable DVD demonstrating every technique a cook will ever need.In his more than sixty years as a chef, Jacques Pépin has earned a reputation as a champion of simplicity. His recipes are classics. They find the shortest, surest route to flavor, avoiding complicated techniques.Now, in a book that celebrates his life in food, the world's most famous cooking teacher winnows his favorite recipes from the thousands he has created, streamlining them even further. They include Onion Soup Lyonnaise-Style, which Jacques enjoyed as a young chef while bar-crawling in Paris; Linguine with Clam Sauce and Vegetables, a frequent dinner chez Jacques; Grilled Chicken with Tarragon Butter, which he makes indoors in winter and outdoors in summer; Five-Peppercorn Steak, his spin on a bistro classic; Mémé's Apple Tart, which his mother made every day in her Lyon restaurant; and Warm Chocolate Fondue Soufflé, part cake, part pudding, part soufflé, and pure bliss.Essential Pépin spans the many styles of Jacques's cooking: homey country French, haute cuisine, fast food Jacques-style, and fresh contemporary American dishes. Many of the recipes are globally inspired, from Mexico, across Europe, or the Far East.In the accompanying searchable DVD, Jacques shines as a teacher, as he demonstrates all the techniques a cook needs to know. This truly is the essential Pépin.