The Riddle of the Labyrinth 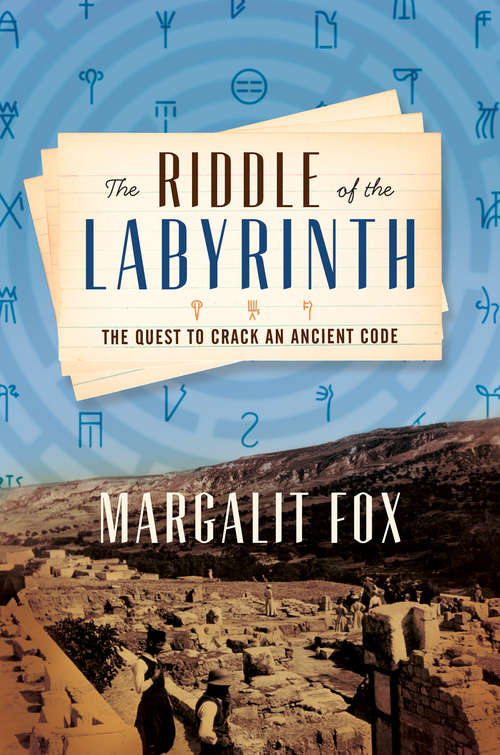 In 1900, while excavating on Crete, the charismatic Victorian archaeologist Arthur Evans unearthed inscribed clay tablets amid the ruins of a lavish Bronze Age palace. Written by palace scribes circa 1450 b.c., the script they displayed--featuring outline drawings of swords, chariots, and horses' heads, as well as other tiny pictograms--resembled no alphabet ever seen. Evans named the script Linear B, and from the start it posed a deep mystery. No one knew what language Linear B recorded, much less what the curious inscriptions meant. If the tablets could be deciphered, they would open a portal onto a refined, wealthy, and literate society that had flourished in Greek lands three thousand years earlier, a full millennium before the glories of the Classical Age.The Riddle of the Labyrinth is the true story of the quest to solve one of the most mesmerizing riddles in history--Linear B--and of the three brilliant, obsessed, and ultimately doomed investigators whose combined work would eventually crack the code. There was Evans, who had discovered the script but could never unravel it; Alice Kober, the fiery American scholar whose vital work on Linear B never got the recognition it deserved; and Michael Ventris, the haunted English architect who would solve the riddle triumphantly at the age of thirty only to die four years later under circumstances that remain the subject of speculation even now.For half a century some of the world's foremost scholars tried to coax the tablets to yield their secrets. Then, in 1952, the script was deciphered seemingly in a single stroke--not by a scholar but by Ventris, an impassioned amateur whose obsession with the tablets had begun in childhood. The decipherment brought him worldwide acclaim. But it also cost him his architectural career, his ties to his family, and quite possibly his life. That is the narrative of the decipherment as it has been known thus far. But a major actor in the drama has long been missing: Alice Kober, a classicist at Brooklyn College. Though largely forgotten today, she came within a hair's breadth of deciphering Linear B before her own untimely death in 1950. As The Riddle of the Labyrinth reveals, it was Kober who built the foundation on which Ventris's decipherment stood, an achievement that until now has been all but lost to history. Drawing on a newly opened archive of Kober's papers, Margalit Fox restores this unsung heroine to her rightful place at last.Above all, this book is a detective story in the tradition of Dava Sobel and Simon Winchester. As Fox narrates the lives of Evans, Kober, and Ventris, she takes readers step-by-step through the forensic process involved in cracking a secret code from the past. Following the three investigators as they hunt down, analyze, and interpret a series of linguistic clues hidden within the script itself, The Riddle of the Labyrinth offers the first complete account of one of the most fascinating conundrums of all time.