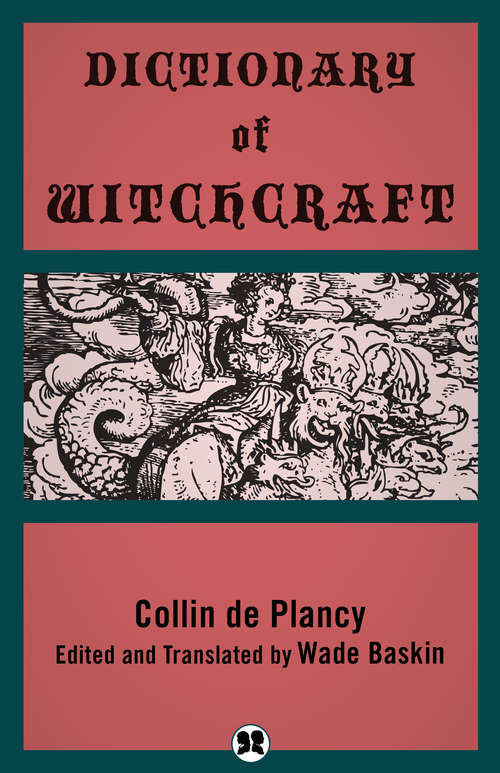 Dictionary of Witchcraft is a must-have resource for anyone interested in witchcraft, pagan religions, and the occult. This historical dictionary was the first reference work to seriously document superstitions, manifestations, magic, and superstitions. The author's interest was to compile a vast amount of matter that would interest, entertain and instruct others. This dictionary was consulted by some of the greatest Romantic writers, notably by Hugo. Collin de Plancy followed the tradition of many previous demonologists of cataloguing demons by name and title of nobility, as it happened with grimoires like Pseudomonarchia Daemonum and The Lesser Key of Solomon among others. It is considered a major work documenting beings, characters, books, deeds, and causes which pertain to the manifestations and magic of trafficking with Hell; divinations, occult sciences, grimoires, marvels, errors, prejudices, traditions, folktales, the various superstitions, and generally all manner of marvelous, surprising, mysterious, and supernatural beliefs.