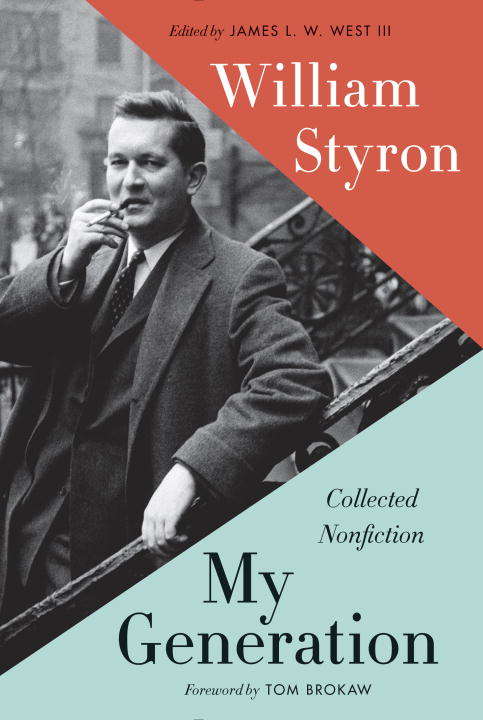 A vital, illuminating collection of the Pulitzer Prize and National Book Award winner's elegant, passionately engaged nonfiction My Generation is the definitive gathering of William Styron's nonfiction, exposing the core of this greatly gifted, highly convivial, and profoundly serious artist from his literary emergence in the 1950s to his death in 2006. Here are fifty years of Styron's essays, memoirs, reviews, op-eds, articles, eulogies, and speeches, reflecting the same brilliant style and informed thinking that he brought to his towering fiction and to a deeply committed public life. Including many newly collected and never-before-published items, this compendium ranges from the original mission statement of The Paris Review, which Styron helped found in 1953, to a 2001 tribute to his friend Philip Roth--creating an essential overview of arts and letters during the post-World War II years. In these pages, Styron writes vividly of childhood days in Tidewater Virginia spent going to movies, not reading books. ("It does not mean the death of literacy or creativity if one is drenched in popular culture at an early age.") He recalls being among the group of soldiers who would have been sent to invade Japan and were saved by Truman's decision to drop the atomic bomb, which Styron feels was the right choice, "even though its absolute rightness can never be proved." And he writes as few others have about midlife battles with clinical depression, "a pain that is all but indescribable, and therefore to everyone but the sufferer almost meaningless." Here, too, are Styron's personal encounters with world leaders, fellow authors, and friends, each of whom comes memorably to life. Styron recalls sharing contraband Cuban cigars with JFK ("a naughty memento, a conversation piece with a touch of scandal"), getting lost in the snow with Robert Penn Warren, and party-hopping with the young James Jones (an experience he likens to "keeping company with a Roman emperor"). The beginnings of his masterpieces The Confessions of Nat Turner and Sophie's Choice are chronicled here, along with the controversy that greeted the former upon its 1967 publication. Throughout, Styron celebrates the men and women of his generation, whose lives were forged in the crucible of World War II. Whether he's recounting a walk with his dog, musing on the Modern Library's list of the hundred best English-language novels of the twentieth century, or contemplating America's fraught racial legacy from his point of view as the grandson of a woman who owned slaves, William Styron writes always in urgent, finely calibrated prose. These fascinating pieces bring readers closer to this great writer and the world he observed, interacted with, and changed.