Homer and the Question of Strife from Erasmus to Hobbes 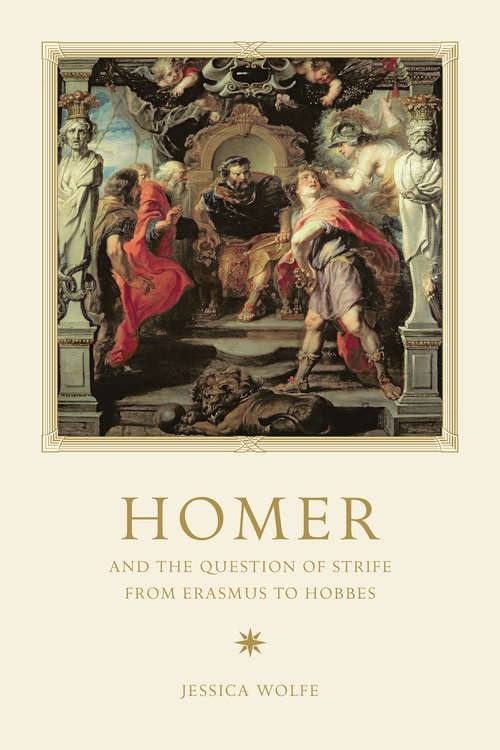 From antiquity through the Renaissance, Homer's epic poems - the Iliad, the Odyssey, and the various mock-epics incorrectly ascribed to him - served as a lens through which readers, translators, and writers interpreted contemporary conflicts. They looked to Homer for wisdom about the danger and the value of strife, embracing his works as a mythographic shorthand with which to describe and interpret the era's intellectual, political, and theological struggles.Homer and the Question of Strife from Erasmus to Hobbes elegantly exposes the ways in which writers and thinkers as varied as Erasmus, Rabelais, Spenser, Milton, and Hobbes presented Homer as a great champion of conflict or its most eloquent critic. Jessica Wolfe weaves together an exceptional range of sources, including manuscript commentaries, early modern marginalia, philosophical and political treatises, and the visual arts. Wolfe's transnational and multilingual study is a landmark work in the study of classical reception that has a great deal to offer to anyone examining the literary, political, and intellectual life of early modern Europe.