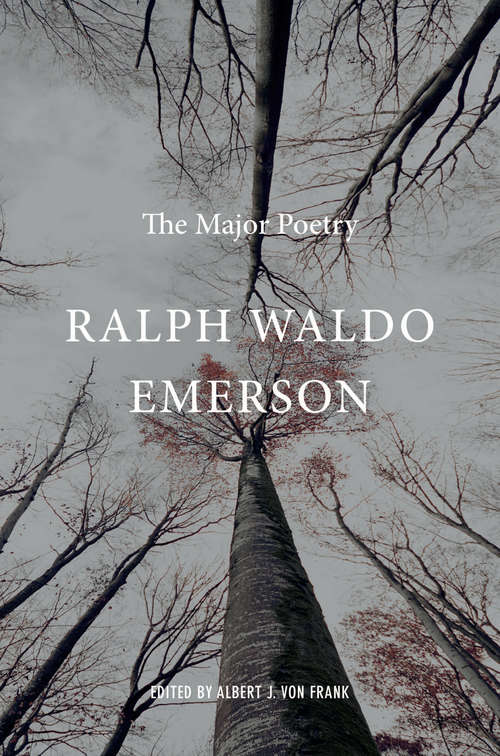 Ralph Waldo Emerson: The Major Poetry, like its companion prose volume, presents a selection of definitively edited texts drawn chiefly from the multivolume Collected Works. Accompanying each poem is a headnote prepared by Albert von Frank for the student and general reader, which serves as an entryway to the poem, offering critical and historical contexts. Detailed annotations provide further guidance.

A master of the essay form, a philosopher of moods and self-reliance, and the central figure in the American romantic movement, Emerson makes many claims on our attention. Ralph Waldo Emerson: The Major Poetry reminds us exactly why his poetry also matters and why he remains one of our most important theoreticians of verse. Emerson saw his poetry and philosophy as coordinate ways of seeing the world. “It is not metres,” he once declared, “but a metre-making argument, that makes a poem,―a thought so passionate and alive, that, like the spirit of a plant or an animal, it has an architecture of its own, and adorns nature with a new thing.”

All the major poems published in Emerson’s lifetime―chosen from Poems (1847), May-Day and Other Pieces (1867), and Selected Poems (1876) as well as uncollected poems―are represented here. Also included in an appendix is the first selection ever made of the poems and poetic fragments that Emerson addressed to his first wife, Ellen, during their courtship and marriage and concluding with the anguish of bereavement following her death on February 8, 1831, at the age of nineteen.