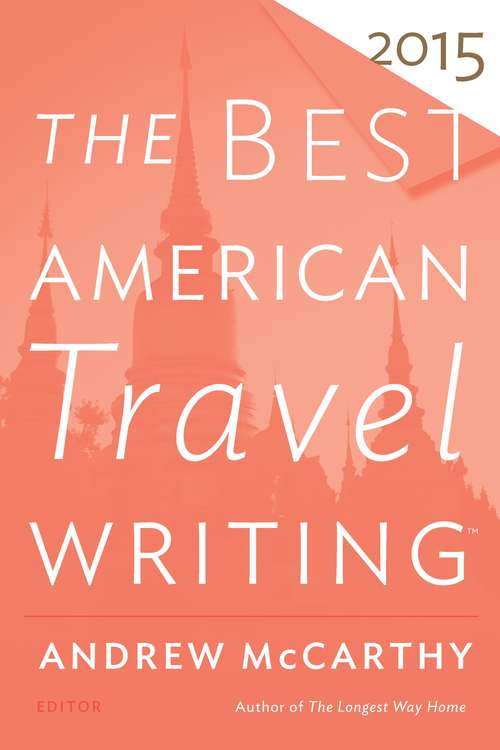 In his introduction, guest editor Andrew McCarthy says that the best travel writing is "the anonymous and solitary traveler capturing a moment in time and place, giving meaning to his or her travels." The stories in The Best American Travel Writing 2015 demonstrate just that spirit, whether it is the story of a marine returning to Iraq a decade after his deployment, a writer retracing the footsteps of humanity as it spread from Africa throughout the world, or looking for love on a physics-themed cruise down the Rhone River. No matter what the subject, the writers featured in this volume boldly call out, "Yes, this matters. Follow me!" The Best American Travel Writing 2015 includes Iris Smyles, Paul Theroux, Christopher Solomon Patricia Marx, Kevin Baker, Benjamin Busch, Maud Newton Gary Shteyngart, Paul Salopek, and others ANDREW MCCARTHY, guest editor, is the author of the New York Times best-selling travel memoir The Longest Way Home. He has served as an editor at large at National Geographic Traveler and been named travel journalist of the year by the Society of American Travel Writers. He is also an actor and director. JASON WILSON, series editor, is the author of Boozehound: On the Trail of the Rare, the Obscure, and the Overrated in Spirits and the digital wine series Planet of the Grapes. He has written for the Washington Post, the Boston Globe, the Philadelphia Daily News, and many other publications. He is the founding editor of The Smart Set and Table Matters.