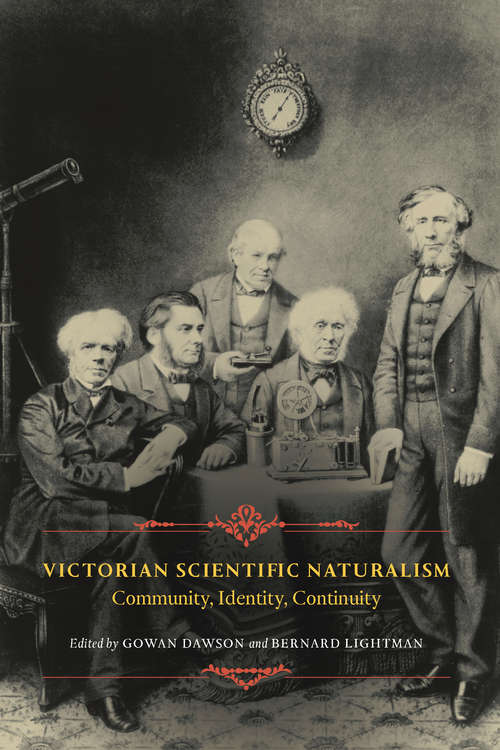 By: Bernard Lightman • Edited by Gowan Dawson
Login
Sign Up

"Victorian Scientific Naturalism" examines the secular creeds of the generation of intellectuals who, in the wake of "The Origin of Species," wrested cultural authority from the old Anglican establishment while installing themselves as a new professional scientific elite. These scientific naturalistsOColed by biologists, physicists, and mathematicians such as William Kingdon Clifford, Joseph Dalton Hooker, Thomas Henry Huxley, and John TyndallOCosought to persuade both the state and the public that scientists, not theologians, should be granted cultural authority, since their expertise gave them special insight into society, politics, and even ethics. aaaaaaaaaaaIn "Victorian Scientific Naturalism," Gowan Dawson and Bernard Lightman bring together new essays by leading historians of science and literary critics that recall these scientific naturalists, in light of recent scholarship that has tended to sideline them, and that reevaluate their place in the broader landscape of nineteenth-century Britain. Ranging in topic from daring climbing expeditions in the Alps to the maintenance of aristocratic protocols of conduct at Kew Gardens, these essays offer a series of new perspectives on Victorian scientific naturalismOCoas well as its subsequent incarnations in the early twentieth centuryOCothat together provide an innovative understanding of the movement centering on the issues of community, identity, and continuity. "