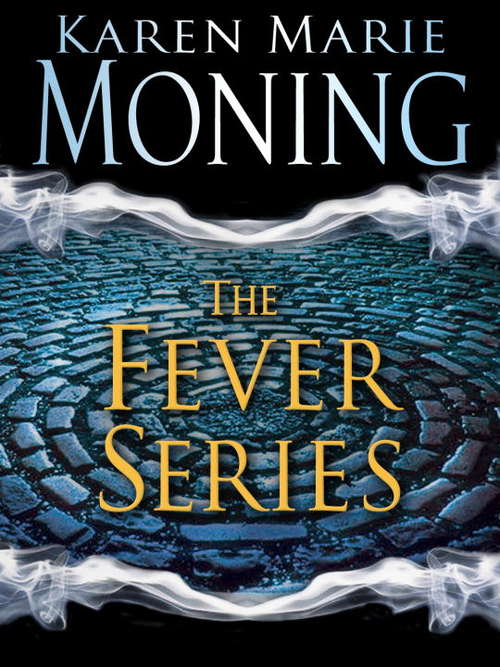 In the blockbuster Fever series featuring heroine MacKayla Lane and Dani "Mega" O'Malley, Karen Marie Moning creates a darkly sensual and paranormal world, torn apart by the struggle between humans and Fae. Now the first six thrillingly sexy Fever novels are together in one convenient eBook bundle: DARKFEVER BLOODFEVER FAEFEVER DREAMFEVER SHADOWFEVER ICED Also includes a preview of the next Fever novel, Burned! When MacKayla Lane's sister is murdered, she leaves a single clue to her death--a cryptic message on Mac's cell phone. Journeying to Ireland in search of answers, Mac is soon faced with an even greater challenge: staying alive long enough to master a power she had no idea she possessed--a gift that allows her to see beyond the world of man, into the dangerous realm of the Fae. As Mac delves deeper into the mystery of her sister's death, her every move is shadowed by the dark, mysterious Jericho, while at the same time, the ruthless V'lane--an immortal Fae who makes sex an addiction for human women--closes in on her. As the boundary between worlds begins to crumble, Mac's true mission becomes clear: find the elusive Sinsar Dubh before someone else claims the all-powerful Dark Book--because whoever gets to it first holds nothing less than complete control of both worlds in their hands. Praise for the Fever series "Give yourself a treat and read outside the box."--Charlaine Harris, on Darkfever "Delectably dark and scary . . . spiced with a subtle yet delightfully sharp sense of humor."--Chicago Tribune, on Bloodfever "Erotic shocks await Mac in Dublin's vast Dark Zone."--Publishers Weekly, on Faefever "Undeniably great urban fantasy."--Vampire Book Club, on Dreamfever "A turbulent, emotionally devastating and truly unforgettable ride! Enormous kudos!"--RT Book Reviews (Top Pick and Gold Medal), on Shadowfever "Engaging, hilarious, amazing."--USA Today, on Iced