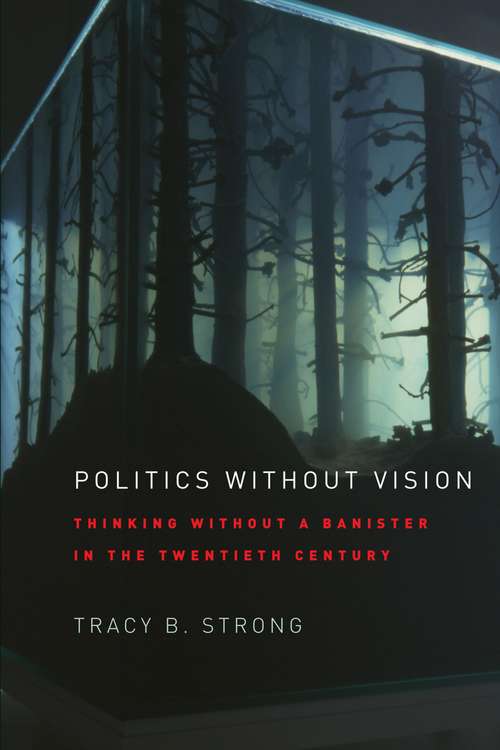 From Plato through the nineteenth century, the West could draw on comprehensive political visions to guide government and society. Now, for the first time in more than two thousand years, Tracy B. Strong contends, we have lost our foundational supports. In the words of Hannah Arendt, the state of political thought in the twentieth and twenty-first centuries has left us effectively "thinking without a banister. " Politics without Vision takes up the thought of seven influential thinkers, each of whom attempted to construct a political solution to this problem: Nietzsche, Weber, Freud, Lenin, Schmitt, Heidegger, and Arendt. None of these theorists were liberals nor, excepting possibly Arendt, were they democrats--and some might even be said to have served as handmaidens to totalitarianism. And all to a greater or lesser extent shared the common conviction that the institutions and practices of liberalism are inadequate to the demands and stresses of the present times. In examining their thought, Strong acknowledges the political evil that some of their ideas served to foster but argues that these were not necessarily the only paths their explorations could have taken. By uncovering the turning points in their thought--and the paths not taken--Strong strives to develop a political theory that can avoid, and perhaps help explain, the mistakes of the past while furthering the democratic impulse. Confronting the widespread belief that political thought is on the decline, Strong puts forth a brilliant and provocative counterargument that in fact it has endured--without the benefit of outside support. A compelling rendering of contemporary political theory, Politics without Vision is sure to provoke discussion among scholars in many fields.

Copyright:
2012 The University Of Chicago Press