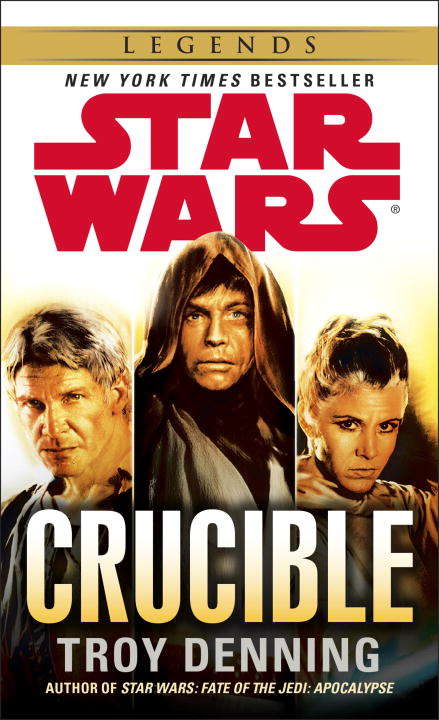 NEW YORK TIMES BESTSELLER. Han Solo, Leia Organa Solo, and Luke Skywalker return in an all-new Star Wars adventure, which will challenge them in ways they never expected--and forever alter their understanding of life and the Force. When Han and Leia Solo arrive at Lando Calrissian's Outer Rim mining operation to help him thwart a hostile takeover, their aim is just to even up the odds and lay down the law. Then monstrous aliens arrive with a message, and mere threats escalate into violent sabotage with mass fatalities. When the dust settles, what began as corporate warfare becomes a battle with much higher stakes--and far deadlier consequences. Now Han, Leia, and Luke team up once again in a quest to defeat a dangerous adversary bent on galaxy-wide domination. Only this time, the Empire is not the enemy. It is a pair of ruthless geniuses with a lethal ally and a lifelong vendetta against Han Solo. And when the murderous duo gets the drop on Han, he finds himself outgunned in the fight of his life. To save him, and the galaxy, Luke and Leia must brave a gauntlet of treachery, terrorism, and the untold power of an enigmatic artifact capable of bending space, time, and even the Force itself into an apocalyptic nightmare. Praise for Crucible, "[Troy] Denning opens new pathways of adventure and recaptures the feel of the Star Wars universe and its beloved characters." --Library Journal. "Outstanding . . . an adventure that tantalizes the imagination." --Roqoo Depot. "A fun, fast paced take on some of Star Wars' most iconic characters." --The Founding Fields.