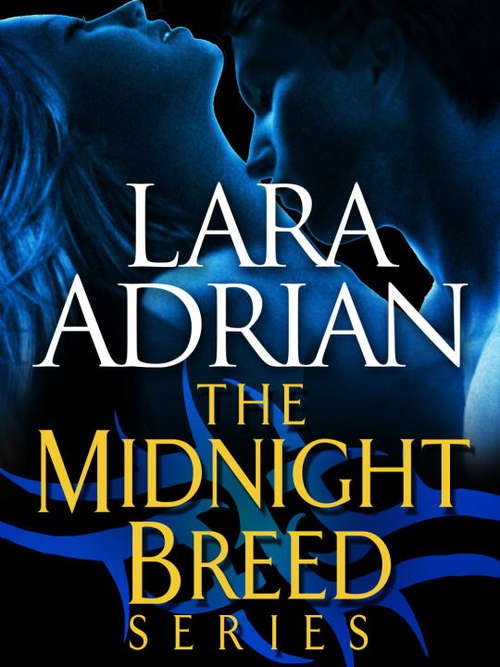 Prepare for seduction as Lara Adrian unleashes a new breed of vampire in this heart-pounding series of paranormal romance and suspense. Together in one convenient eBook bundle, here are the first ten books in the Midnight Breed series, now including Darker After Midnight. Part human, part otherworldly, the Breed has lived among humankind for thousands of years, maintaining a tentative peace built on secrecy, power, and the dark justice carried out by the formidable warriors of the Order. But now, a blood war within the race is set to ignite. "Evocative, enticing, erotic . . . Enter Lara Adrian's vampire world and be enchanted!"--New York Times bestselling author J. R. Ward Vampires are going Rogue in startling numbers, feeding without discretion, killing humans in the streets. It is up to the Order to stop the spreading threat of Rogue domination--and in so doing, each of the warriors will be forced to confront private demons, darkest secrets, deepest fears. Some will know triumph, some will know loss, but each warrior can count on one thing: Love, when it finds him, will often come at the worst possible moment, with the least likely woman . . . and it will bring each of these powerful males to his knees. KISS OF MIDNIGHT KISS OF CRIMSON MIDNIGHT AWAKENING MIDNIGHT RISING VEIL OF MIDNIGHT ASHES OF MIDNIGHT SHADES OF MIDNIGHT TAKEN BY MIDNIGHT DEEPER THAN MIDNIGHT DARKER AFTER MIDNIGHT Also includes the eBook novella "A Taste of Midnight"! Praise for Lara Adrian's Midnight Breed novels "A thrilling blend of dark passion and heart-pounding action. Lara Adrian always delivers a keeper!"--New York Times bestselling author Gena Showalter "A riveting novel that will keep readers mesmerized . . . If you like romance combined with heart-stopping paranormal suspense, you're going to love this book."--BookPage, on Darker After Midnight "A fast-paced tale of romantic suspense and intense realistic characters . . . Adrian compels people to get hooked on her storylines."--Romance Reviews Today, on Shades of Midnight "An entertaining ride and as usual kept me riveted from page one."--The Romance Reader Connection, on Ashes of Midnight "Will enthrall you and leave you breathless for more."--Wild on Books, on Veil of Midnight "Packed with danger and action . . . Adrian has hit upon an unbeatable story mix."--RT Book Reviews, on Midnight Rising "An adrenaline-fueled, sizzlingly sexy, darkly intense addition to Lara Adrian's addictively readable paranormal Breed series."--Chicago Tribune, on Midnight Awakening