Love Under the Sun 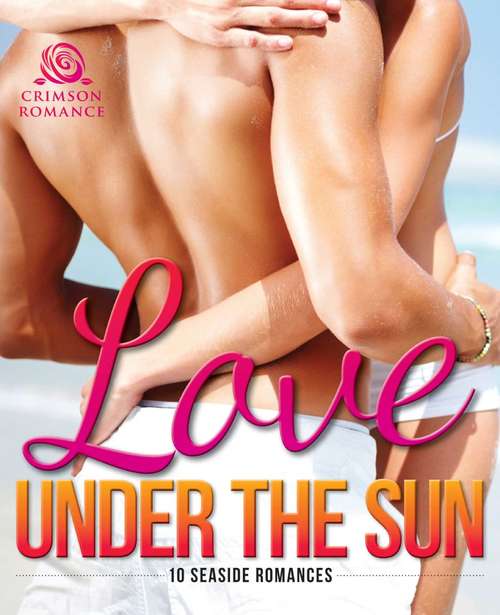 True love comes rolling in with the tide in these ten oceanside tales. From the crystal waters of the Caribbean to the sunny shores of Hawaii, the historic coast of Melbourne or a fishing village in Maine, these beachfront books will deliver the joys of summer loving any time of year!Island Pursuits: Former U.S. Marine Adrian Mendez returns to his homeland of Trinidad and Tobago only to run into a feisty island goddess with one flaw - she has no love of anything military.Caribbean Melody: Their dancing duo was an overnight sensation at the posh Martinique hotel, but is Kristen just Leon's ticket to stardom or something more?Surge: University transfer student Marcus sets out to earn fellow student Lara's friendship, but a secret could jeopardize everything he's worked for his entire life. As the heat rises, he must choose between love and his dreams.Doubts of the Heart: Recent breast cancer survivor Nica Dobson is trying to regain her spirit and accept the changes in her body and mind. Now an old flame and ancient secrets challenge her to embrace love, too.Naturally Enchanted: As a struggling journalist, Owen Cooper has to make a name for himself, and a tip that a real-life witch is living on Mango Cove may just lead to the big story he needs. Undercover as a shipwrecked tourist, he worms his way into Ezra's family and their secrets, but can he get her out of his heart?Seducing Phoebe: Phoebe Fitzgerald is about to marry wonderful Marco Petronelli - until her ex turns up and declares his undying love for her. Confused about her feelings, she calls off her wedding. Can Marco convince her their relationship is worth saving?His Hawaiian Christmas: When Clara O'Fallen gets a promotion to paradise, she can't help feeling homesick for her Wisconsin winters. But smiling surfer Kai Schmitt might just show this scrooge how to hang loose and catch the spirit of the season - the aloha spirit!Paradise Point: Inheriting half ownership in Paradise Point marina is a break Liv Barnette embraces with open arms. The sexy downside? Sharing her windfall with Army Ranger Adam Lark, who wants her gone . . . or so he thinks.California Sunset: Annie Gerhard is struggling to keep her Silicon Valley techie job during a recession, while John Johnson is trying to make a go of his bookstore. Neither has time for romance, but fate is taking care of business.Five of Hearts: As lead singer for the boy band Five of Hearts, Dean learned that women only want him for his money and fame. So he has a good reason for hiding his alter ego from his neighbor, Shannon, and everyone else in Scallop Shores. But the closer he gets to Shannon and her children, the more he realizes he may have made a mistake.Sensuality Level: Sensual