The Great Silent Army of Abolitionism 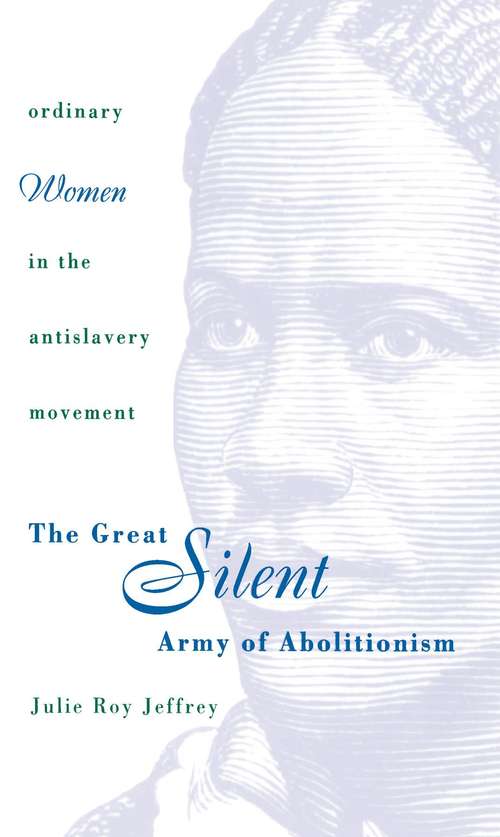 By focusing on male leaders of the abolitionist movement, historians have often overlooked the great grassroots army of women who also fought to eliminate slavery. Here, Julie Roy Jeffrey explores the involvement of ordinary women--black and white--in the most significant reform movement prior to the Civil War. She offers a complex and compelling portrait of antebellum women's activism, tracing its changing contours over time. For more than three decades, women raised money, carried petitions, created propaganda, sponsored lecture series, circulated newspapers, supported third-party movements, became public lecturers, and assisted fugitive slaves. Indeed, Jeffrey says, theirs was the day-to-day work that helped to keep abolitionism alive. Drawing from letters, diaries, and institutional records, she uses the words of ordinary women to illuminate the meaning of abolitionism in their lives, the rewards and challenges that their commitment provided, and the anguished personal and public steps that abolitionism sometimes demanded they take. Whatever their position on women's rights, argues Jeffrey, their abolitionist activism was a radical step--one that challenged the political and social status quo as well as conventional gender norms.