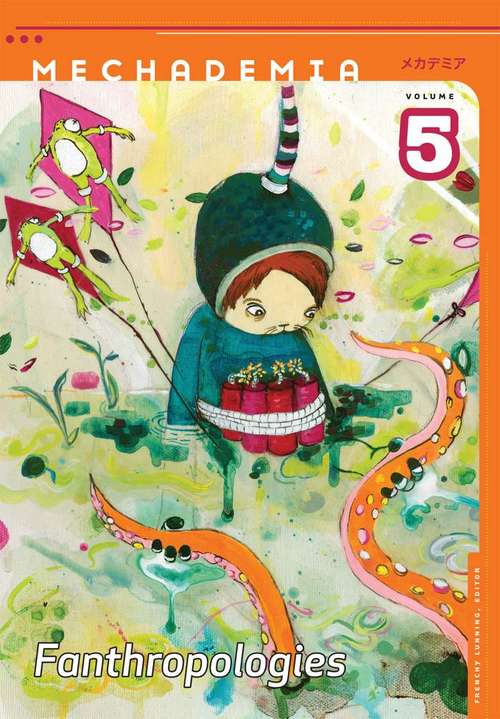 Passionate fans of anime and manga, known in Japan as otaku and active around the world, play a significant role in the creation and interpretation of this pervasive popular culture. Routinely appropriating and remixing favorite characters, narratives, imagery, and settings, otaku take control of the anime characters they consume.

Fanthropologies--the fifth volume in the Mechademia series, an annual forum devoted to Japanese anime and manga--focuses on fans, fan activities, and the otaku phenomenon. The zones of activity discussed in these essays range from fan-subs (fan-subtitled versions of anime and manga) and copyright issues to gender and nationality in fandom, dolls, and other forms of consumption that fandom offers. Individual pieces include a remarkable photo essay on the emerging art of cosplay photography; an original manga about an obsessive doll-fan; and a tour of Akihabara, Tokyo's discount electronics shopping district, by a scholar disguised as a fuzzy animal.