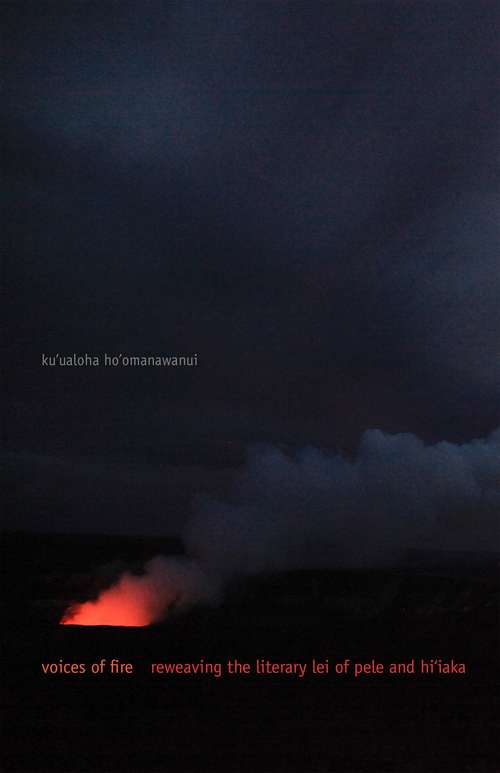 Stories of the volcano goddess Pele and her youngest sister Hi'iaka, patron of hula, are most familiar as a form of literary colonialism--first translated by missionary descendants and others, then co-opted by Hollywood and the tourist industry. But far from quaint tales for amusement, the Pele and Hi'iaka literature published between the 1860s and 1930 carried coded political meaning for the Hawaiian people at a time of great upheaval. Voices of Fire recovers the lost and often-suppressed significance of this literature, restoring it to its primary place in Hawaiian culture. Ku'ualoha ho'omanawanui takes up mo'olelo (histories, stories, narratives), mele (poetry, songs), oli (chants), and hula (dances) as they were conveyed by dozens of authors over a tumultuous sixty-eight-year period characterized by population collapse, land alienation, economic exploitation, and military occupation. Her examination shows how the Pele and Hi'iaka legends acted as a framework for a Native sense of community. Freeing the mo'olelo and mele from colonial stereotypes and misappropriations, Voices of Fire establishes a literary mo'okū'auhau, or genealogy, that provides a view of the ancestral literature in its indigenous contexts. The first book-length analysis of Pele and Hi'iaka literature written by a Native Hawaiian scholar, Voices of Fire compellingly lays the groundwork for a larger conversation of Native American literary nationalism.