Activism and the Olympics 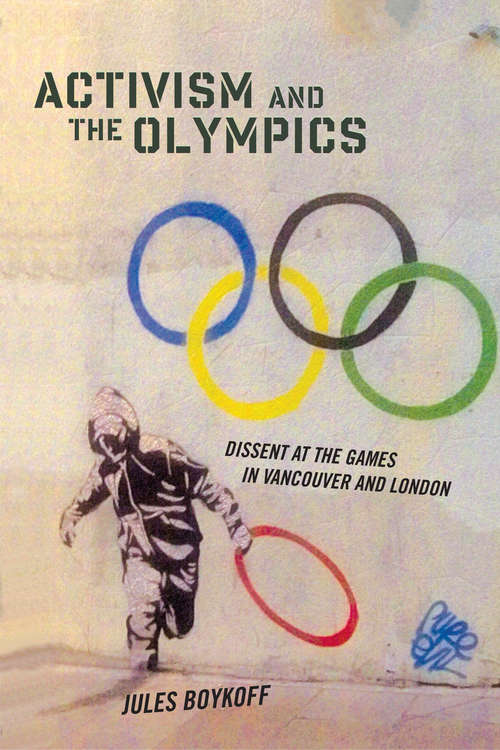 The Olympics have developed into the world's premier sporting event. They are simultaneously a competitive exhibition and a grand display of cooperation that bring together global cultures on ski slopes, shooting ranges, swimming pools, and track ovals. Given their scale in the modern era, the Games are a useful window for better comprehending larger cultural, social, and historical processes, argues Jules Boykoff, an academic social scientist and a former Olympic athlete. In "Activism and the Olympics," Boykoff provides a critical overview of the Olympic industry and its political opponents in the modern era. After presenting a brief history of Olympic activism, he turns his attention to on-the-ground activism through the lens of the Vancouver 2010 Winter Olympics and the 2012 Summer Olympics in London. Here we see how anti-Olympic activists deploy a range of approaches to challenge the Olympic machine, from direct action and the seizure of public space to humor-based and online tactics. Drawing on primary evidence from myriad personal interviews with activists, journalists, civil libertarians, and Olympics organizers, Boykoff angles in on the Games from numerous vantages and viewpoints. Although modern Olympic authorities have strived--even through the Cold War era--to appear apolitical, Boykoff notes, the Games have always been the site of hotly contested political actions and competing interests. During the last thirty years, as the Olympics became an economic juggernaut, they also generated numerous reactions from groups that have sought to challenge the event's triumphalism and pageantry. The 21st century has seen an increased level of activism across the world, from the Occupy Movement in the United States to the Arab Spring in the Middle East. What does this spike in dissent mean for Olympic activists as they prepare for future Games?