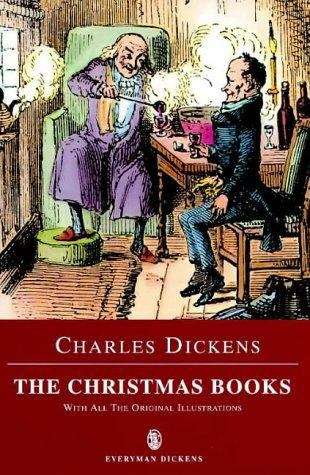 Dickens's powerful evocation not only of Christmas, but of the plight of the poor in Victorian Britain.

Written in the so-called 'Hungry Forties', when Britain's landscape was scarred by poverty and social unrest, Dickens's Christmas books urged the regenerating power of domesticity and human fellowship upon his devoted readership.

Christmas is presented as a time when class differences can be dissolved and enmities suspended. In A Christmas Carol, the comically grotesque Ebenezer Scrooge ("I don't make merry myself at Christmas, and I can't afford to make idle people merry") eventually learns the value of human warmth and reciprocity. But the joyful winter festivities around which each tale revolves are shown to offer only a temporary respite from the social inequalities of Victorian Britain. In three of the stories domestic misery and childhood deprivation are an ever-present possibility which only the social conscience of Dickens's readers could hold at bay; in the other two domestic happiness is also threatened but it is human passions that spin the plot.

The most comprehensive paperback edition available, with original illustrations (which are described), introduction, notes, selected criticism, text summary and chronology of Dickens's life and times.