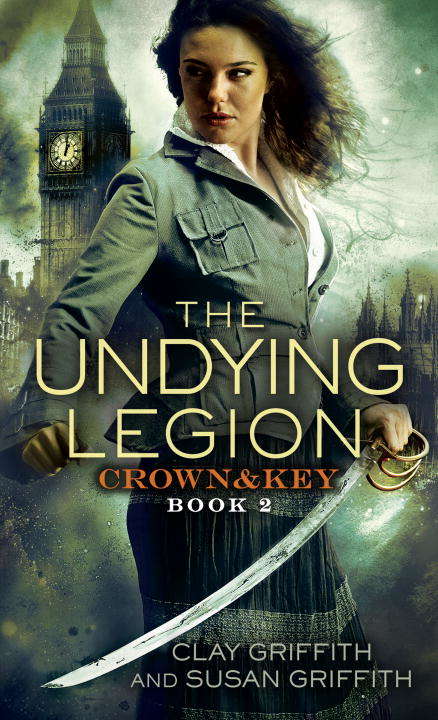 A thrilling new Victorian-era urban fantasy for fans of Kevin Hearne's Iron Druid Chronicles, the Showtime series Penny Dreadful, and the Sherlock Holmes movies featuring Robert Downey, Jr. With a flood of dark magic about to engulf Victorian London, can a handful of heroes vanquish a legion of the undead? When monster-hunter Malcolm MacFarlane comes across the gruesome aftermath of a ritual murder in a London church, he enlists the help of magician-scribe Simon Archer and alchemist extraordinaire Kate Anstruther. Studying the macabre scene, they struggle to understand obscure clues in the ancient Egyptian hieroglyphics carved into the victim's heart--as well as bizarre mystical allusions to the romantic poetry of William Blake. One thing is clear: Some very potent black magic is at work. But this human sacrifice is only the first in a series of ritualized slayings. Desperate to save lives while there is still time, Simon, Kate, and Malcolm--along with gadget geek Penny Carter and Charlotte, an adolescent werewolf--track down a necromancer who is reanimating the deceased. As the team battles an unrelenting army of undead, a powerful Egyptian mummy, and serpentine demons, the necromancer proves an elusive quarry. And when the true purpose of the ritual is revealed, the gifted allies must confront a destructive force that is positively apocalyptic.Praise for Clay and Susan Griffith's The Shadow Revolution "Team Griffith creates a number of really compelling characters whose exploits will keep readers glued to the pages! Terrific!"--RT Book Reviews "A fast-paced, action-filled dark fantasy that is just sheer fun to read . . . The Shadow Revolution kicks off the Crown & Key series in spectacular fashion!"--Fresh Fiction "Werewolves, mad science, and plenty of smiting. Pass the popcorn."--Emma Jane Holloway, author of The Baskerville Affair series "A thrilling read! Clay and Susan Griffith have crafted a gritty, action-packed Victorian-era fantasy world full of dark creatures, mystery, and magic--a must read for steampunk fans!"--Shawntelle Madison, author of the Coveted series "What happens when you kick off a new urban fantasy series with a fantastic setting and unique characters, and you throw in some dangerous, supernatural creatures, evil madmen, murder and mayhem? You get a kick-ass book to read. . . . I want more, please!"--Book Swoon "If summer blockbuster action movies existed back in the Victorian era, they would look a lot like The Shadow Revolution. This book doesn't mess around. . . . Highly recommended."--The BiblioSanctum "One hell of a read . . . [With] unforgettable characters and magic around every bend, this truly was a breath of fresh air."--My Guilty Obsession "The story is pretty fast-paced, the mystery intriguing and refreshingly surprising, and the action thrilling. [The Shadow Revolution] pulls you in and barely lets you up for air, and I love the intensity of that kind of storytelling."--Refracted Light "So good that I won't be surprised if this book series is opted to be a TV show or movie with an accompanying video game! Great storytelling, great plot and most of all great book!"--MarienelaFrom the Paperback edition.