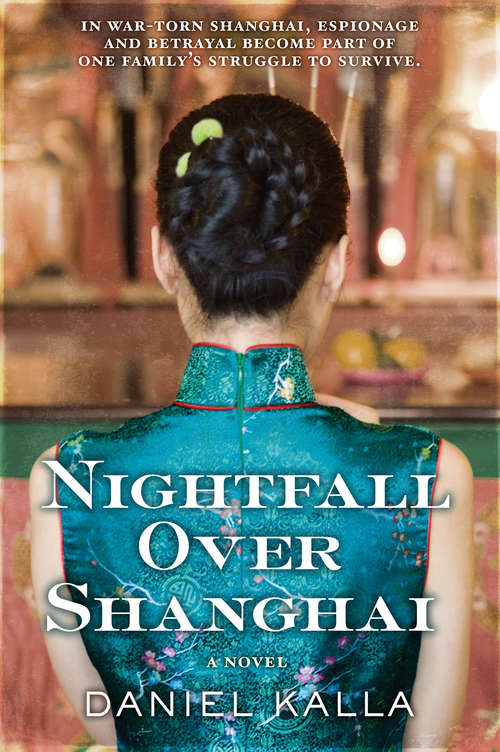 Passion, espionage, and battlefield drama: the loves and fears of one remarkable family unfold against the Second World War's Pacific theatre in Daniel Kalla's Nightfall Over Shanghai.It's 1944 and the Japanese are losing the war, but Shanghai is more dangerous than ever, particularly for the Adler family. After fleeing Nazi Europe, Dr. Franz Adler and his daughter, Hannah, have adjusted to life in their strange adopted city, but they are now imprisoned in the Shanghai Ghetto for refugee Jews.Franz is compelled to work as a surgeon for the hated Japanese military, while his beloved Eurasian wife, Sunny, is recruited into a spy ring, providing crucial information to the Allies about the city's port. Inadvertently, Hannah is drawn into the perilous operation, just as she also becomes drawn to the controversial Zionism movement. After the Japanese launch a major new offensive against the Chinese, Franz is forced into the unthinkable: he is sent inland to work as a field doctor on the frontlines. There, he must contend with his tangled loyalties, aerial bombings overhead, and his uncertain feelings for a vulnerable Canadian nurse.In 1945, American B-52s bomb Shanghai in strategic raids. While the war seems to be winding down in the Far East, many questions remain unanswered for the Adlers. As the bombers circle ominously overhead, they must now struggle for more than simple safety. For the first time in many war-riven years, they face the challenge of re-envisioning their lives, and the prospect of forging a hopeful path forward for the future-if they can first survive.