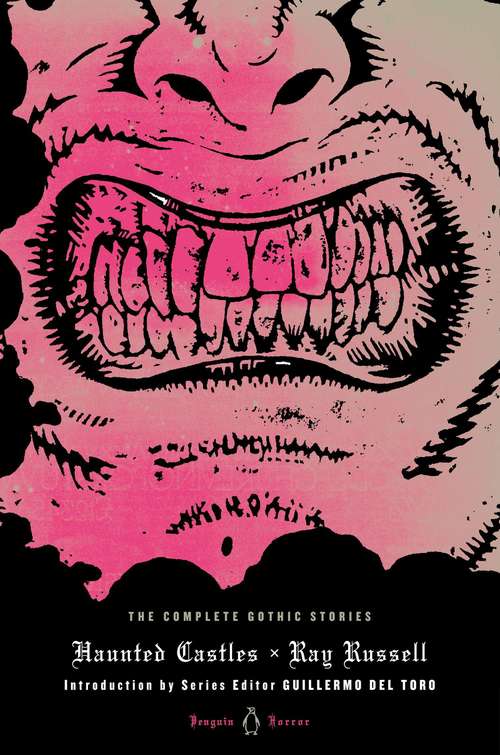 Part of a new six-volume series of the best in classic horror, selected by award-winning director Guillermo del ToroFilmmaker and longtime horror literature fan Guillermo del Toro serves as the curator for the Penguin Horror series, a new collection of classic tales and poems by masters of the genre. Included here are some of del Toro's favorites, from Mary Shelley's Frankenstein and Ray Russell's short story "Sardonicus," considered by Stephen King to be "perhaps the finest example of the modern Gothic ever written," to Shirley Jackson's The Haunting of Hill House and stories by Ray Bradbury, Joyce Carol Oates, Ted Klein, and Robert E. Howard. Featuring original cover art by Penguin Art Director Paul Buckley, these stunningly creepy deluxe hardcovers will be perfect additions to the shelves of horror, sci-fi, fantasy, and paranormal aficionados everywhere.Haunted CastlesHaunted Castles is the definitve, complete collection of Ray Russell's masterful Gothic horror stories, including the famously terrifying novella trio of "Sardonicus," "Sanguinarius," and "Sagittarius." The characters that sprawl through Haunted Castles are frightful to the core: the heartless monster holding two lovers in limbo; the beautiful dame journeying down a damned road toward depravity (with the help of an evil gypsy); the man who must wear his fatal crimes on his face in the form of an awful smile. Engrossing, grotesque, perverted, and completely entrancing, Russell's Gothic tales are the best kind of dreadful.