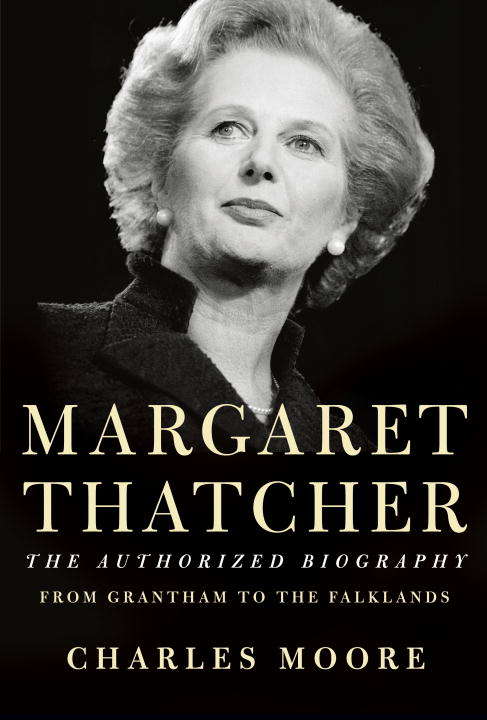 With unequaled authority and dramatic detail, the first volume of Charles Moore's authorized biography of Margaret Thatcher reveals as never before the early life, rise to power, and first years as prime minister of the woman who transformed Britain and the world in the late twentieth century. Moore has had unique access to all of Thatcher's private and governmental papers, and interviewed her and her family extensively for this book. Many of her former colleagues and intimates have also shared previously unseen papers, diaries, and letters, and spoken frankly to him, knowing that what they revealed would not be published until after her death. The book immediately supersedes all other biographies and sheds much new light on the whole spectrum of British political life from Thatcher's entry into Parliament in 1959 to what was arguably the zenith of her power--victory in the Falklands in 1982. Drawing on an extraordinary cache of letters to her sister Muriel, Moore illuminates Thatcher's youth, her relationship with her parents, and her early romantic attachments, including her first encounters with Denis Thatcher and their courtship and marriage. Moore brilliantly depicts her determination and boldness from the very beginning of her political career and gives the fullest account of her wresting the Tory leadership from former prime minister Edward Heath at a moment when no senior figure in the party dared to challenge him. His account of Thatcher's dramatic relationship with Ronald Reagan is riveting. This book also explores in compelling detail the obstacles and indignities that Thatcher encountered as a woman in what was still overwhelmingly a man's world. Moore's admiration for Thatcher is evident, yet his portrait is convincingly clear-eyed, conveying both how remarkable she was and how infuriating she could be, her extraordinary grasp at mastering policy and what needed to be done, and her surprising vulnerabilities. At the moment when Margaret Thatcher becomes a part of history, Moore's portrait enlivens her, compellingly re-creating the circumstances and experiences that shaped one of the most significant world leaders of the postwar era.