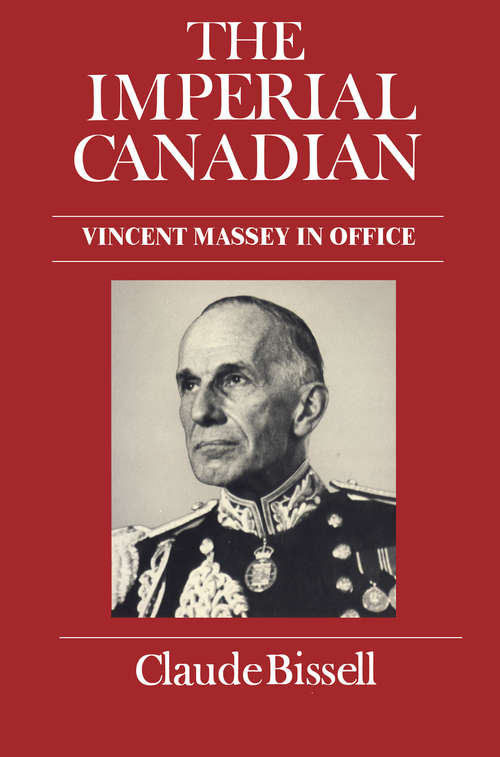 Aristocrat, democrat, diplomat, cultural advocate, anglophile, fiercely proud Canadian--Vincent Massey was a complex, sometimes enigmatic figure. This finely crafted portrait of Massey's middle and later years, drawn extensively from its subject's diaries and papers, recalls a life of deep commitment to the service of his country and its culture.From 1935 to 1946 he served as Canada's high commissioner to London, a role for which he was perfectly suited: his love of English traditions and values was exceeded only by his intense Canadian patriotism. He served well. The courage and generosity of Vincent and Alice Massey made them favourites with Canadian servicemen in Britain during the war years. His familiarity with, and enthusiasm for, all royal ritual was invaluable to the Canadian delegations during the ceremonies surrounding the coronation of George VI. His proud representation of Canada's cultural accomplishments opened British doors to many Canadian artists.The years in London were happy ones for Massey, at home as he was in the country life of the English upper classes. They were followed by a period of frustration. Mackenzie King was minister of external affairs as well as prime minister during Massey's stint as high commissioner, and was therefore Massey's immediate superior. Relations between the two were never very warm--Mackenzie King considered Massey a snob with dangerous ambitions--and when Massey returned to Canada contemplating a political position, possibly a cabinet post, his path was completely blocked.For a time Massey returned to the academic environment he so enjoyed, as chancellor of the University of Toronto. But two of his greatest achievements were still to come. One was the establishment of the royal commission on culture, which bore his name and led ultimately to the creation of the Canada Council. The other was his appointment as governor-general, the first Canadian ever to hold the post.Claude Bissell has followed his award-winning book, The Young Vincent Massey, with another superbly written volume that explores the attitudes, prejudices, commitments, and passions that shaped Massey's life. This is a revealing portrait of a man whose contributions continue to enrich the lives of Canadians.