The World and All the Things upon It 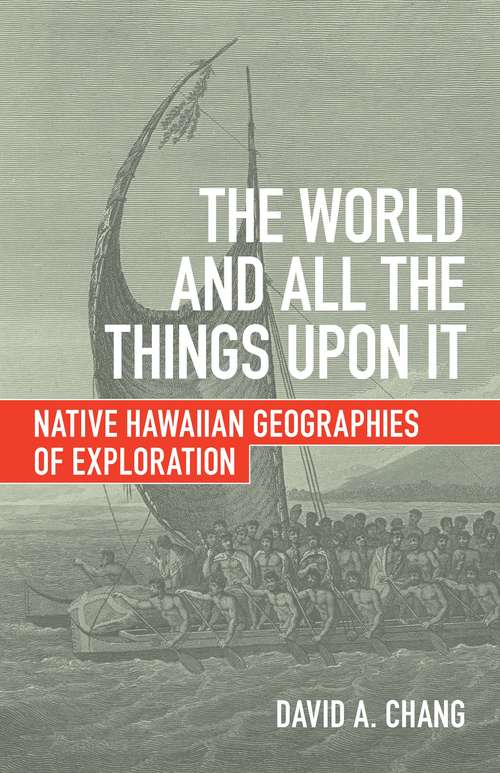 What if we saw indigenous people as the active agents of global exploration rather than as the passive objects of that exploration? What if, instead of conceiving of global exploration as an enterprise just of European men such as Columbus or Cook or Magellan, we thought of it as an enterprise of the people they "discovered"? What could such a new perspective reveal about geographical understanding and its place in struggles over power in the context of colonialism?The World and All the Things upon It addresses these questions by tracing how Kanaka Maoli (Native Hawaiian people) explored the outside world and generated their own understandings of it in the century after James Cook's arrival in 1778. Writing with verve, David A. Chang draws on the compelling words of long-ignored Hawaiian-language sources--stories, songs, chants, and political prose--to demonstrate how Native Hawaiian people worked to influence their metaphorical "place in the world." We meet, for example, Ka?iana, a Hawaiian chief who took an English captain as his lover and, while sailing throughout the Pacific, considered how Chinese, Filipinos, Pacific Islanders, and Native Americans might shape relations with Westerners to their own advantage. Chang's book is unique in examining travel, sexuality, spirituality, print culture, gender, labor, education, and race to shed light on how constructions of global geography became a site through which Hawaiians, as well as their would-be colonizers, perceived and contested imperialism, colonialism, and nationalism.Rarely have historians asked how non-Western people imagined and even forged their own geographies of their colonizers and the broader world. This book takes up that task. It emphasizes, moreover, that there is no better way to understand the process and meaning of global exploration than by looking out from the shores of a place, such as Hawai?i, that was allegedly the object, and not the agent, of exploration.