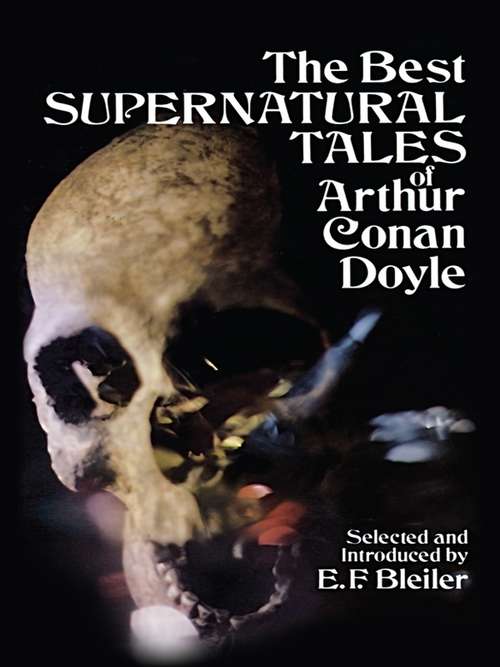 How often have I said to you that when you have eliminated the impossible, whatever remains, however improbable, must be the truth. -- Sherlock HolmesWhen Holmes wearied of mundane Victorian reality, he reached for the cocaine; his creator Doyle reached beyond reality, to the occult mystery world as real to him as a hansom cab--so real that it became part of his fiction. It is no surprise that in the year "A Study in Scarlet" appeared (1887), this versatile writer was reading seriously in spiritualism, attending séances, and had already written some of the thrilling tales in this book. The Best Supernatural Tales of Arthur Conan Doyle gathers together for the first time in an American edition the fifteen finest short stories in this genre by the master storyteller. Relative to his vast literary output, Doyle wrote comparatively few stories dealing specifically with spiritualism, Egyptian magic, psychometry, and other occult domains he knew so thoroughly -- and these scattered stories, skeptically dismissed or simply buried beneath the mass of his detective, historical, sports, medical, and other pieces, have yet to receive their due as superior or typical examples of his narrative power. The polymath Doyle has recourse to many twilit borderline realms of the beyond in these stories which appeared in various periodicals from 1880 to 1921. "The Bully of Brocas Court" gives a new slant to the Victorian ghost story in one of Doyle's favorite settings, the world of boxing. "The Captain of the Polestar" recalls the weird northern backdrop of the author's whaling adventures; "The Brown Hand" deals in body-soul bondage with a touch of the East. Two hackle-raising histories, "Lot No. 249" and "The Ring of Thoth," depend on the riddle of Egyptian mummy lore; "The Leather Funnel" and "The Silver Hatchet" involve psychometry, a material object's retention of an aura or memory of its past, which a sensitive being can "replay" through dreams. And then there is "J. Habakuk Jephson's Statement," Doyle's speculative solution to the Marie Celeste conundrum, which was vehemently denounced when published (anonymously) because it seemed so true and so terrible. Doyle readers, students of the occult, and anyone who loves an imaginative tale will wish to experience, through these obscure, rarely reprinted stories, what was personally so close to their author.