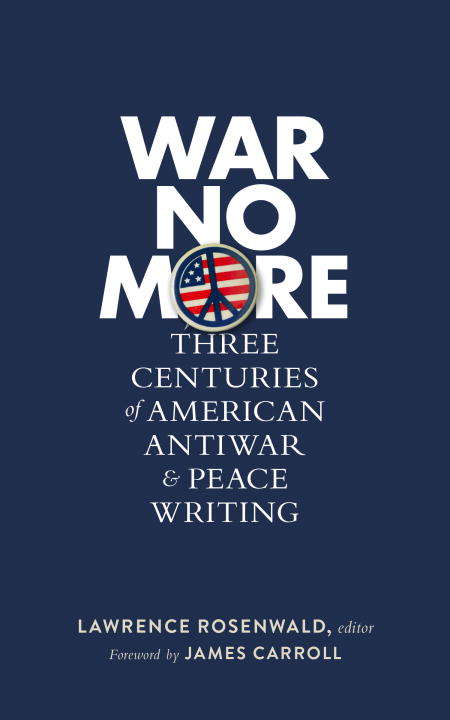 An unprecedented gathering of the essential texts of the American antiwar tradition: from the Revolution to the war on terror, over 150 eloquent, provocative voices for peace. An unequalled military superpower responsible for the atomic bomb--involved, since its founding, in wars too numerous to list--the United States has also produced an astonishing antiwar literature. At every turn in our history, from the Revolution to the war on terror, a diverse chorus of voices has questioned and resisted both particular wars and justifications for war in general. They have begged, prayed, demanded, and in some instances suffered heroically to make an alternative case. Can we not imagine and hasten a world, they have asked, in which war is a thing of the barbaric past, and peace will prevail, this time and the next? War No More gathers the essays, letters, speeches, memoirs, poems, stories, and songs of over 150 writers spanning almost three centuries. It offers an unprecedented view of a powerful and perennially relevant American tradition, encompassing five-star generals, theologians, nuclear physicists, folk singers, signers of the declaration, quietists, anarchists, veterans, and Nobel laureates. Some have objected on the basis of conscience, inspired by Christian example or other faiths; some have been animated by parallel struggles against racism, capitalism, or the excessive power of the state; some have been moved by the loss of sons, daughters, or comrades, or their personal experience of war's horror. Collectively, they have confronted the proposition that war is inevitable, a necessary price of prosperity or liberty. Their challenge remains an open one, and their words ought to concern every American.From the Hardcover edition.