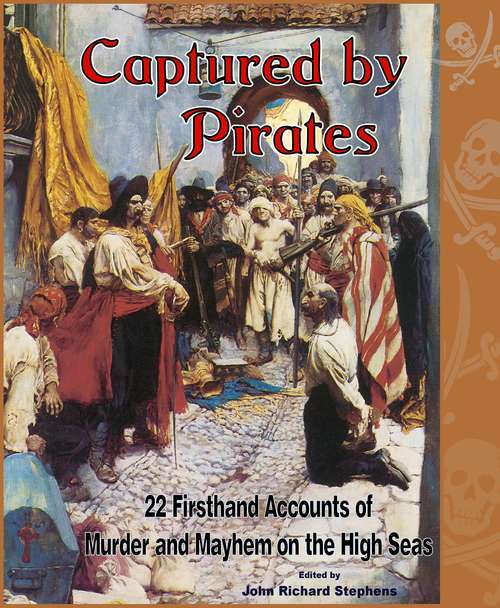 Pirates are primarily known for their swashbuckling attitudes, their freebooting lifestyle, their high-seas adventures and their stolen treasure, but their victims tend to be forgotten. These are the innocent and not-so-innocent voyagers who find themselves suddenly snatched up, brutalized, and franticly struggling to save their own lives. Many were viciously murdered, but a few survived. In this revised edition of Captured by Pirates, which features additional material not found in earlier editions, author and researcher John Richard Stephens has collected twenty-two astounding firsthand accounts from people who found themselves helpless prisoners on the open ocean and somehow made it through, usually badly scathed.Dead men tell no tales, but the survivors do. These true crime tales of terror are collected from personal accounts, private letters, official reports, ships' logs and pirate trial transcripts. The long-forgotten narratives from 1500 to 1850 are among the rarest of buried treasures, with some not having been in print for almost two centuries. These men and women offer a look at pirates from a unique perspective, providing rare insight into the everyday lives of pirate captains Henry Morgan, Howell Davis, Edward Low, John Phillips, and their blood-thirsty crews. Some of the captives were even forced to become pirates themselves in order to survive, while in one account, a pirate vividly describes his capture by other pirates and how he exacted his revenge.These involuntary participants describe thrilling sea chases, raging battles, desperate knife fights, treachery, double dealings, betrayals, maroonings, murders, tortures, skeletons, treasure and even a little romance. Their very personal eyewitness accounts provide an intimacy and intensity that will almost make you feel as if you're standing there alongside them looking straight into the faces of these ferocious pirates.(471 pages)