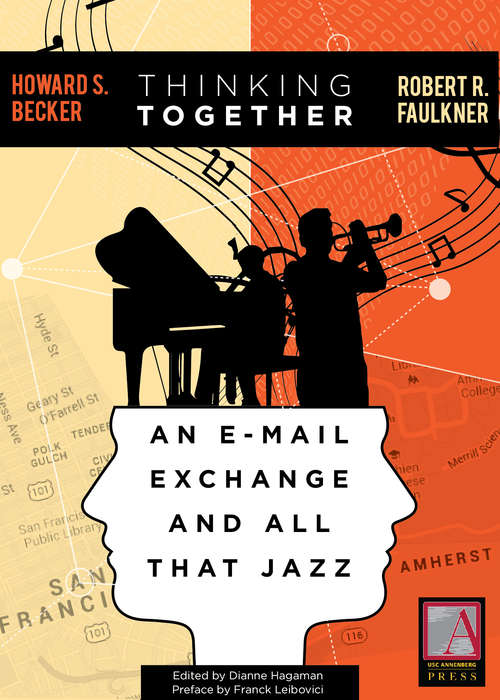 Faulkner and Becker, sociologists and experienced musicians, wrote a book about their musical experiences--Do You Know? The Jazz Repertoire in Action--describing how musicians who didn't know each other could perform competently and interestingly without rehearsing, or playing from written music. When they wrote it, they lived at opposite ends of the country: Faulkner in Massachusetts, Becker in San Francisco. Instead of sitting around talking about their ideas, they wrote e-mails. So every step of their thinking, false steps as well as ideas that worked, existed in written form.When conceptual artist and poet Franck Leibovici asked them to contribute something that showed the "form of life" that supported their work, they collaborated with Dianne Hagaman to put the correspondence in order, which Liebovici exhibited and now appears as an e-book (which allows linking to available performances of the tunes they discussed).It's one of the most revealing records of a scientific collaboration ever made public, and an intimate picture of the creative process.Collective creativity--making sparks of originality produce something more than a glint in someone's eye--intrigues sociologists, people who study communication and theorists of business organization. The collective part of that process, turning an idea into a finished product, is even more complicated, and Thinking Together readers can watch the authors go through all the complications of working together to make the final result happen.Becker played piano in Chicago and Kansas City and taught sociology at Northwestern University. Among his books are Art Worlds and Writing for Social Scientists.Faulkner played trumpet in Los Angeles, got a PhD in sociology from UCLA, then taught at the University of Rochester and the University of Massachusetts (playing professionally in those places too). He is author of two books about the movie business, Hollywood Studio Musicians and Music on Demand: Composers and Careers in the Hollywood Film Industry.