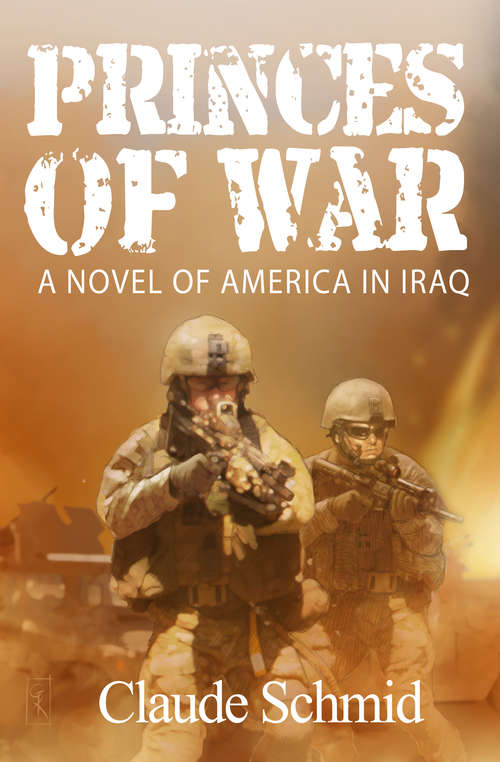 In the chilling debut novel from retired US Army Colonel Claude Schmid, two young officers encounter brutality, faith, guilt, and fear while fighting for their lives in the chaos of 2004 Iraq. Two young US Army officers are trying to do their duty in Iraq playing whack-a-mole with at least seven fanatical insurgent groups in the aftermath of the American invasion. Both officers serve in the Big Red One, the vaunted 1st Infantry Division. Christian Wynn is stationed close to the flagpole, where he quickly learns that the situation in post-Saddam Hussein Iraq is as confusing to those who wear stars as it is to their men out on the pointy end of the bayonet. Cole "Moose" Murphy leads a platoon of Wolfhounds, young soldiers struggling to understand the situation, and their places in it, as they patrol the mean streets of a Northern Iraqi city infested with tribes, factions, and shooters who just want to kill Americans. Through their mutual support and experience with the real essence of ground combat--kill or be killed and politics be damned--they lead from the front, desperately trying to help their soldiers stay motivated and alive. The Wolfhounds, like the rest of the American Army, struggle to deal with a growing insurgency and the insurgents' weapon of choice: improvised explosive devices, or IEDs. As the platoon is visiting a school construction project, a sniper's bullet sends the Wolfhounds on a days-long pursuit. Placed squarely in the American tradition of war writing such as Kevin Power's The Yellow Birds and John Renehan's The Valley, Princes of War takes its protagonists into the real Iraq, where the enemy is elusive and danger stalks constantly. Human emotions as old as time--ambition, courage, doubt, fear--churn inside each soldier as he searches for the sniper. Some men falter, some fail, and some demonstrate extraordinary courage.