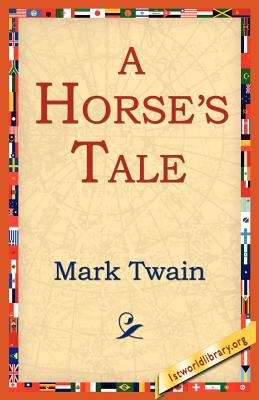 A short novel/novella told partly from the point of view of a horse, partly from the viewpoints of other characters via letters they write. It is set mainly in an army fort in the Rocky Mountain area of American in the mid 19th century, although moves briefly to Spain near the end of the story.

Told partly from the viewpoint of Soldier Boy, who is a handsome black horse, somewhat famous amongst other horses as he is the steed of the legenday ‘Buffalo Bill’ William Cody, who is at the time of the story is working as a scout for the American army. When Cathy, the half Spanish 9 year orphaned niece of the Fort’s general is sent to stay with him, she soon becomes a favourite of all the soldiers for her happy and loving ways. She is befriended by Buffalo Bill who teachers her to ride on Soldier Boy. Soon girl and horse are in love with each other and she is given the horse for her own. But when the General must leave for Spain, taking his niece with him, Cathy has to say goodbye to her old friends. Whilst on their travels,Soldier Boy is stolen. Cathy is distraught and Soldier Boy goes through a succession of bad homes. Then in Spain, home of bull-fighitng, the pair are suddenly re-united, but at what cost?