The Dream Life of Astronauts 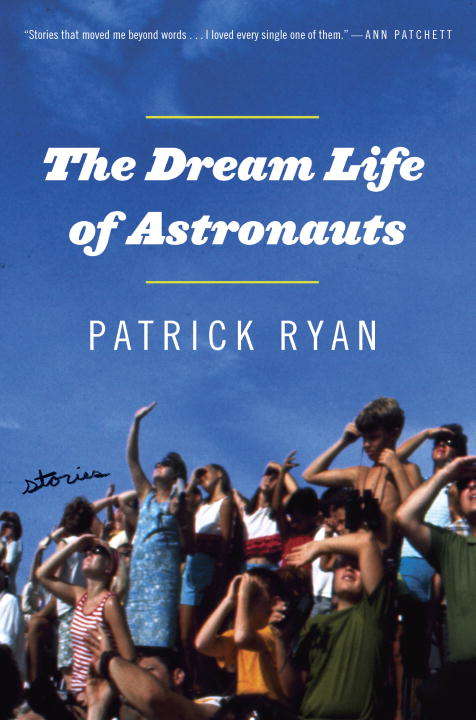 For readers of Tom Perrotta and Lorrie Moore, these nine unforgettable stories, all set in and around Cape Canaveral, showcase Patrick Ryan's masterly understanding of regret and hope, relationships and family, and the universal longing for love. The Dream Life of Astronauts balances heartbreak with wry humor as its characters try to make sense of the paths they find themselves on. A would-be Miss America auditions for a shady local talent scout over vodka and Sunny D; a NASA engineer begins to wonder if the woman he's having an affair with is slowly poisoning her husband; a Boy Scout troop leader, recovering from a stroke, tries to protect one of his scouts from being bullied by his own sons; an ex-mobster living in witness protection feuds with the busybody head of his condo board; a grandmother, sentenced to driver's ed after a traffic accident, surprises herself by falling for her instructor. Set against landmark moments--the first moon launch, Watergate, the Challenger explosion--these private dramas unfurl in startling ways. The Dream Life of Astronauts ratifies the emergence of an indelible new talent in fiction. Advance praise for The Dream Life of Astronauts "I loved every single one of the stories in The Dream Life of Astronauts. Patrick Ryan is a very funny, smart, and gifted writer."--Richard Russo "Patrick Ryan's stories are comedies that can just as easily be read as tragedies. They are stories of isolated individuals bundled together into the families that define them. They are stories that moved me beyond words."--Ann Patchett "This is a beautiful collection of short stories about people who have been pushed to the very furthest edges of themselves--which is, of course, where all the interesting things in a human life are. It's impossible not to love these characters. It's also impossible not to worry about them as you witness their grasping, hopeful (and sometimes deluded) efforts. You want them to be redeemed, you want them to find connection, you want them to restore their dignity, but--most of all--you want them to be at peace. Patrick Ryan manages to bring each character to a place of epiphany, but without once undermining or cheapening the authenticity of their struggle. This is a writer who knows well both the depths and the possibilities of the human heart."--Elizabeth Gilbert "Patrick Ryan's beautiful collection, The Dream Life of Astronauts, is set in the actual shadow of the space program, on Cape Canaveral and Merritt Island in the 1970s and 80s, where people watch the rockets take off from their backyards. It's a sensitive and heart-wrenching portrait of lives lived up against the glamour and tragedy of space travel, struggling with their own dreams of liftoff and escape."--Maile Meloy "These stories are filled with so many surprises and with so much yearning that it's palpable. They'll launch you right out of your comfort zone. Patrick Ryan has aimed for the stars and made it."--Ann Beattie "Patrick Ryan may well be the most agile short story writer of our day. The Dream Life of Astronauts proves his dashing dexterity, his canny wisdom, his honest-to-god heart. These stories are centrifugal, each one spinning out and in, from a fixed moment in history to the nearly infinite flukes of desire and destiny. No one captures longing, that dark side of imagination's moon, like Patrick Ryan."--Claire Vaye Watkins, winner of The Story Prize for Battleborn and author of Gold Fame CitrusFrom the Hardcover edition.