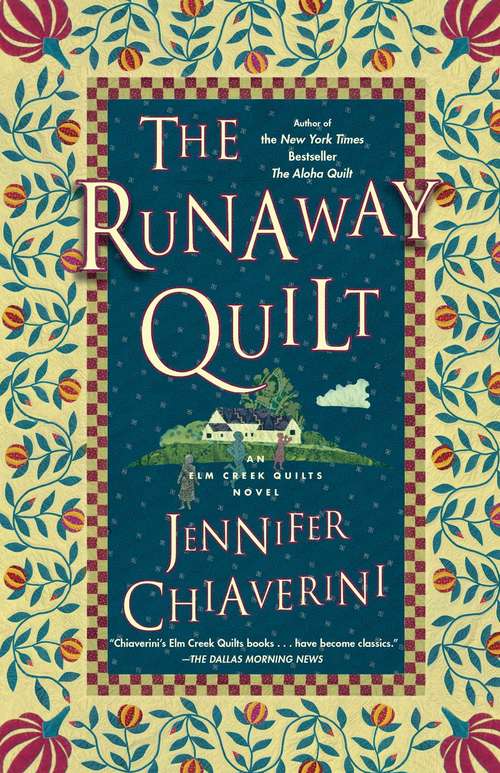 The fourth book in the popular Elm Creek Quilts series explores a question that has long captured the imagination of quilters and historians alike: Did stationmasters of the Underground Railroad use quilts to signal to fugitive slaves?In her first novel, The Quilter's Apprentice, Jennifer Chiaverini wove quilting lore with tales from the World War II home front. Now, following Round Robin and The Cross-Country Quilters, Chiaverini revisits the legends of Elm Creek Manor, as Sylvia Compson discovers evidence of her ancestors' courageous involvement in the Underground Railroad. Alerted to the possibility that her family had ties to the slaveholding South, Sylvia scours her attic and finds three quilts and a memoir written by Gerda, the spinster sister of clan patriarch Hans Bergstrom. The memoir describes the founding of Elm Creek Manor and how, using quilts as markers, Hans, his wife, Anneke, and Gerda came to beckon fugitive slaves to safety within its walls. When a runaway named Joanna arrives from a South Carolina plantation pregnant with her master's child, the Bergstroms shelter her through a long, dangerous winter -- imagining neither the impact of her presence nor the betrayal that awaits them. The memoir raises new questions for every one it answers, leading Sylvia ever deeper into the tangle of the Bergstrom legacy. Aided by the Elm Creek Quilters, as well as by descendants of others named in Gerda's tale, Sylvia dares to face the demons of her family's past and at the same time reaffirm her own moral center. A spellbinding fugue on the mysteries of heritage, The Runaway Quilt unfolds with all the drama and suspense of a classic in the making.