The Pillars of Hercules 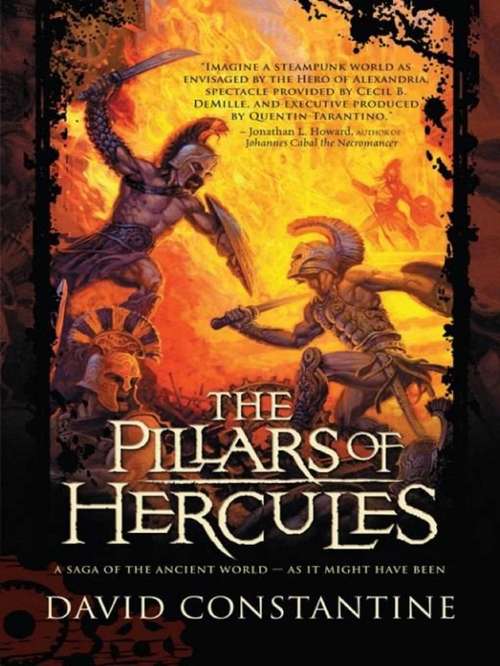 Alexander, Prince of Macedon, is the terror of the world. Persia, Egypt, Athens... one after another, mighty nations are falling before the fearsome conqueror. Some say Alexander is actually the son of Zeus, king of the gods, and the living incarnation of Hercules himself. Worse yet, some say Alexander believes this... The ambitious prince is aided in his conquest by unstoppable war-machines based on the forbidden knowledge of his former tutor, the legendary scientist-mage known as Aristotle. Greek fire, mechanical golems, and gigantic siege-engines lay waste to Alexander's enemies as his armies march relentlessly west--toward the very edge of the world. Beyond the Pillars of Hercules, past the gateway to the outer ocean, lies the rumored remnants of Atlantis: ancient artifacts of such tremendous power that they may be all that stands between Alexander and conquest of the entire world. Alexander desires that power for himself, but an unlikely band of fugitives--including a Gaulish barbarian, a cynical Greek archer, a cunning Persian princess, and a sorcerer's daughter--must find it first... before Alexander unleashes godlike forces that will shatter civilization. The Pillars of Hercules is an epic adventure that captures the grandeur and mystery of the ancient world as it might have been, where science and magic are one and the same.

Copyright:
2012 David Constantine This edition of The Pillars of Hercules