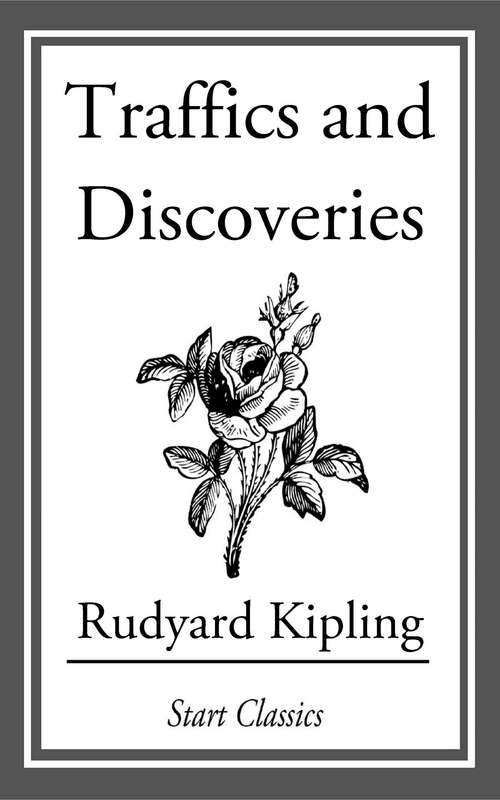 From "The Captive": The guard-boat lay across the mouth of the bathing-pool, her crew idly spanking the water with the flat of their oars. A red-coated militia-man, rifle in hand, sat at the bows, and a petty officer at the stern. Between the snow-white cutter and the flat-topped, honey-colored rocks on the beach the green water was troubled with shrimp-pink prisoners-of-war bathing. Behind their orderly tin camp and the electric-light poles rose those stone-dotted spurs that throw heat on Simonstown. Beneath them the little _Barracouta_ nodded to the big _Gibraltar, _ and the old _Penelope, _ that in ten years has been bachelors' club, natural history museum, kindergarten, and prison, rooted and dug at her fixed moorings. Far out, a three-funnelled Atlantic transport with turtle bow and stern waddled in from the deep sea. Said the sentry, assured of the visitor's good faith, "Talk to 'em? You can, to any that speak English. You'll find a lot that do." * Also includes the stories "The Bonds of Discipline," "A Sahibs' War," ""Their Lawful Occasions,"" "The Comprehension of Private Copper," "Steam Tactics," ""Wireless,"" "The Army of a Dream," ""They,"" "Mrs. Bathurst," and "Below the Mill Dam," and the poems "From the Masjid-al-Aqsa of Sayyid Ahmed,"" Poseidon's Law," "The Runners," "The Wet Litany," "The King's Task," "The Necessitarian," "Kaspar's Song in Varda," "Song of the Old Guard," "The Return of the Children," "From Lyden's 'Irenius, '" and "'Our Fathers Also.'"