The Personal Memoirs of General U. S. 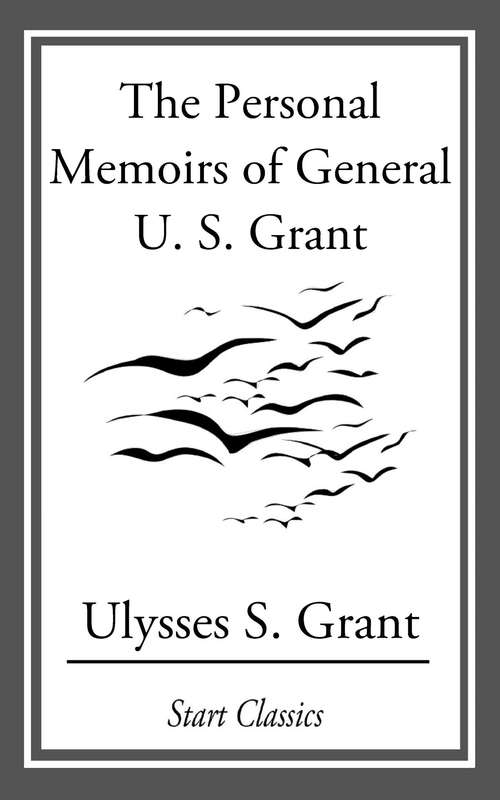 Among the autobiographies of generals and presidents, the Personal Memoirs of U.U. Grant ranks with the greatest. It is even more impressive in light of the circumstances in which it was created: Faced with terminal cancer, virtual bankruptcy, and a family he would leave without means of support, he took the advice of his publisher, mark Twain, and went to work. He completed the manuscript in eleven months-and died a week later, on July 23, 1885. Frank and unpretentious, Grant's memoirs tell the story of his boyhood in Ohio, his graduation from West Point, and the military campaigns in the West and Mexico that ended with his disgraceful resignation and a return to Illinois, where he ran the family store. Soon, however, began the rebellion that broke the Union and recast Grant's fortune, transforming him into the leader of the victorious Union armies in the War Between the States and giving him the perspective to describe intimately the capture of Fort Henry and Fort Donelson, the battles of Shiloh, Corinth, Vicksburg, the bloody Wilderness campaign, and Appomattox. Here is Grant the tactician, the alcoholic, the plain and tough professional soldier, the ideal commander-but most of all here is Grant the writer as he assesses himself and the events that forged his character, as well as that of the nation.