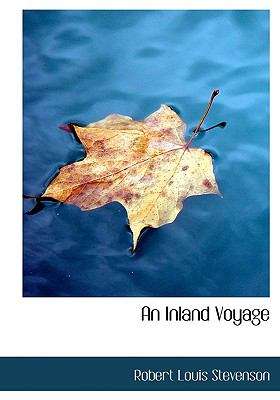 An Inland Voyage recounts a canoe trip Stevenson and his friend Sir Walter Grindlay Simpson made in 1876. Setting out from Antwerp, Stevenson (in the Arethusa) and Simpson (in the Cigarette) paddled through Belgium and France along canals and the Oise River.

Much of the travelogue relates adventures the two men had along the way. Some of the more notable incidents include the travellers’ inability to use an Etna stove, watching a marionette show, and “being continually wetted with rain” (p. 91). At one point, Stevenson was left clinging to a tree after his canoe was swept away.Stevenson also describes many of the interesting people he and Simpson met. These included members of the Royal Sport Nautique and a family that lived on a barge.Thoughts on wider issues – such as the French character and politics, religion, and the artist’s role in society – also feature.

The text includes, too, several philosophic moments, such as the following:

“You may paddle all day long; but it is when you come back at nightfall, and look in the familiar room, that you find Love or Death awaiting you beside the stove; and the most beautiful adventures are not those we go to seek” (p. 121).