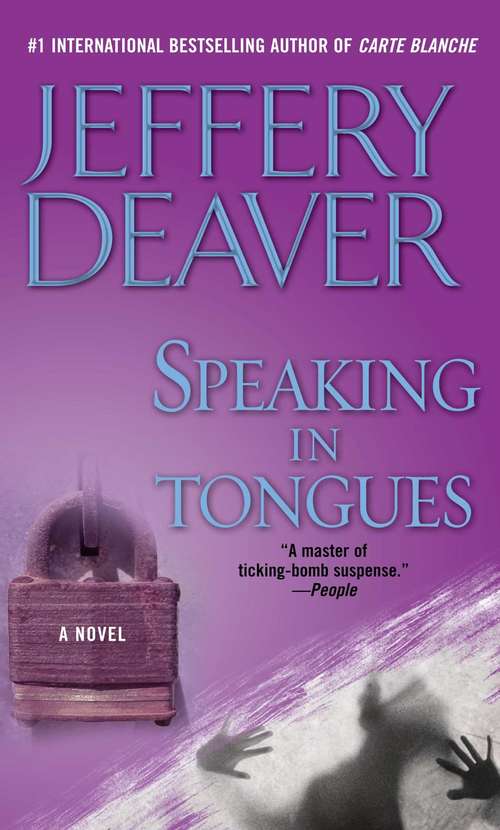 Two men of words... One seeking only peace. The other, violence. Tate Collier, once one of the country's finest trial lawyers, is trying to forget his past. Now a divorced gentleman farmer, land developer, and community advocate in rural Virginia, he's regrouping from some disastrous mistakes in the realms of love and the law. But controversy -- and danger -- seem to have an unerring hold on Tate. Even as he struggles to rebuild his life, his alter ego is plotting his demise. Aaron Matthews, a brilliant psychologist, has turned his talents away from curing patients to far deadlier goals. He's targeted Tate, Tate's ex-wife, Bett, and their estranged daughter, Megan, for unspeakable revenge. Matthews, ruthless and hell-bent, will destroy anything that inhibits his plans. When their daughter disappears, Tate and Bett reunite in a desperate, heart-pounding attempt to find her and to stop Matthews, a psychopath whose gift of a glib tongue and talent for coercion are as dangerous as knives and guns. Featuring an urgent race against the clock, gripping details of psychological manipulation, and the brilliant twists and turns that are trademark Deaver, Speaking in Tongues delivers the suspense punch that has made this author a bestseller. It will leave you speechless.