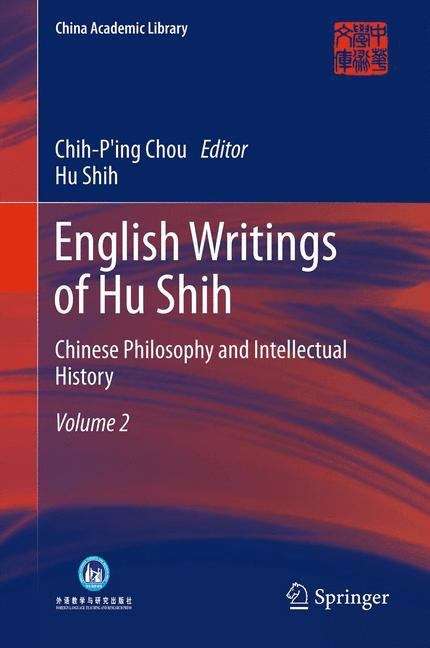 Hu Shih (1891-1962),. In the 1910s, Hu studied at Cornell University and later Columbia University, both in the United States. At Columbia, he was greatly influenced by his professor, John Dewey, and became a lifelong advocate of pragmatic evolutionary change. He received his Ph.D. in Philosophy in 1917 and returned to lecture at Peking University. Hu soon became one of the leading and most influential intellectuals during the May Fourth Movement and later the New Culture Movement. His most widely recognized achievement during this period was as a key contributor to Chinese liberalism and language reform in his advocacy for the use of written vernacular Chinese. Hu Shih was the Republic of China’s Ambassador to the United States of America (1938-1942) and later Chancellor of Peking University (1946-1948). In 1939 Hu Shih was nominated for a Nobel Prize in literature and in 1958 became president of the “Academia Sinica” in Taiwan, where he remained until his death in Nangang at the age of 71.

This diverse collection brings together his English essays, speeches and academic papers, as well as book reviews, all written between 1919 and 1962. English Writings of Hu Shih represents his thinking and insights on such topics as scientific methodology, liberalism and democracy, and social problems. It can also serve as a helpful resource for those who study Hu Shih and his views on ancient and modern China.

The first volume “Chinese Philosophy and Intellectual History” allows readers to trace the development of Chinese thought and see the historical methodology applied therein. The second volume “Literature and Society” mainly includes Hu Shih’s works on language reform, which owing to his advocacy for the use of written vernacular Chinese were a success in both the educational and literary fields. The third volume “National Crisis and Public Diplomacy” mainly collects Hu’s articles and speeches from his term as Ambassador of China to the U.S.A. between 1938 and 1942.