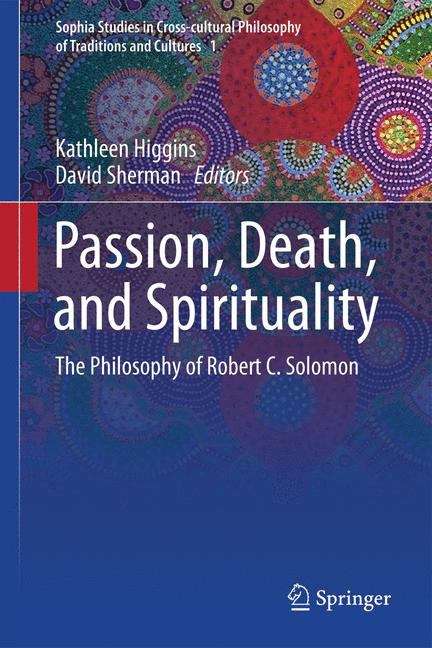 Robert C. Solomon, who died in 2007, was Professor of Philosophy and Quincy Lee Centennial Professor of Business at the University of Texas, USA. As the first book comprehensively to examine the breadth of Solomon's contribution to philosophy, this volume ranks as a vital addition to the literature. It includes a newly published transcript of Solomon's last talk, which responded to Arindam Chakrabarti on the concept of revenge, as well as the considered views of prominent figures in the numerous subfields in which Solomon worked. The content analyses his perspectives on the philosophy of emotion, virtue, business ethics, and religion, in addition to philosophical history, existentialism, and the many other topics that held this prolific thinker's attention.

Solomon memorably defined philosophy itself as 'the thoughtful love of life', and despite the diversity of his output, he was most drawn by central questions about the meaning of life, the essential role that emotions play in finding that meaning, and the human imperative to seek 'emotional integrity', in which one's thoughts, emotions, and actions all contribute to a coherent narrative. The essays included here draw attention to the interconnections between the issues Solomon addressed, and evince the manner in which he embodied that integrity, living a life at one with his philosophy. They emphasize the central themes of passion, ethics, and spirituality, which threaded through his work, and the way these ideas informed his views on how we should approach grief and death. The multiplicity of topics alone make this keystone work an enlightening read for a full spectrum of students of philosophy, providing much to ponder and recounting a subtle and shining example of the emotional integrity Solomon worked so hard to define.