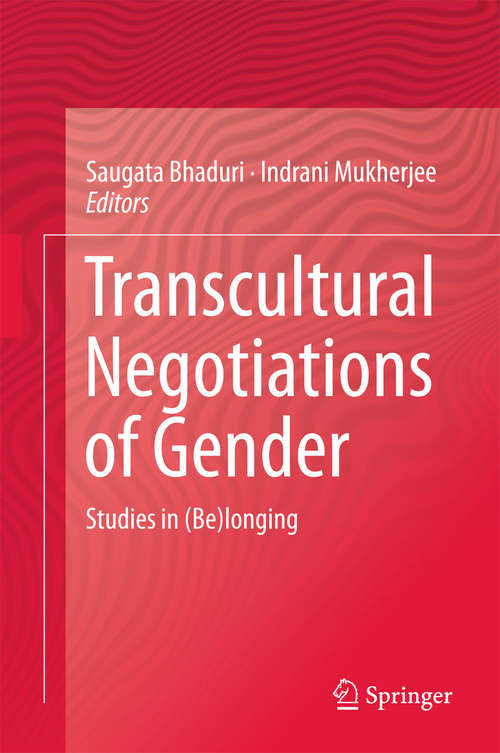 Transcultural Negotiations of Gender probes into how gender is negotiated along the two axes of 'belonging' and 'longing'- the twin desires of being located within a cultural milieu, while yearning for either what has passed by or what is yet to come. It also probes into the category of 'transculturality' itself, by examining how not only does it pertain to the coming together of cultures from diverse spatial locations, but how shifts over time and changing performative modes and technological means of articulation, within what may be presumed to be the same culture, can also lead to the 'transcultural'. The volume comprises four sections. Part I, '(Be)longing in Time', examines negotiation of gender through transcultural acts of myths, rituals and religious practices being revised and revisited over time. Part II, '(Be)longing in Space', studies how gender is renegotiated when people from different spaces interact, as also when public spaces and domains themselves become sites of such negotiations. In Part III, 'Performing (Be)longing', such transcultural negotiations are located in the context of changing modes of performance, considering particularly that gender itself is performative. The final section, 'Modernity, Technology and (Be)longing', traces how gender becomes transculturally negotiated in a space like India, with the advent of modernity and its companion technology.