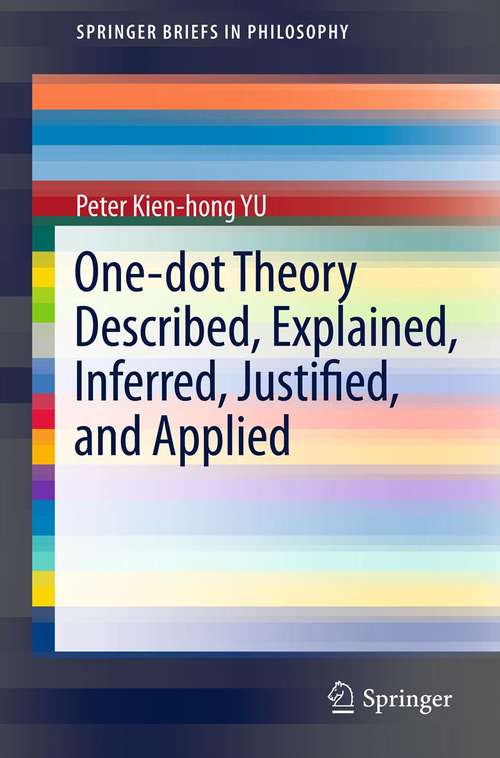 The ancient Chinese scholars are fond of applying the Yin and Yang diagram to correlate almost everything. This book continues that tradition and uses the model to study other non-"dialectical" theories and models. The major finding qua contribution in this publication is to point out that the four diagrams are equivalent to the BaGua or BaGuaTu (BG), a set of eight ancient China symbolic notations/gossip. Another finding is that dialectical/crab and frog motion remark is just the opposite of a non-dialectical/crab and frog motion (usually deductive, linear, or cause and effect) remark, or, at best, they must meet half-way.

The two major tasks of this book are to, first, apply the author's one-dot theory, which is shored up by the crab and frog motion model, to convert other theories and models as well as studies and, second, apply his theory and model to reinvent some well-known western-derived theories and models and studies, such as game theory. The attempt is to narrow down the gap between the East and the West scholarship/XueShu, broadly defined, making the book of interest to Eastern and Western philosophers and scholars alike.