The Creolization of American Culture 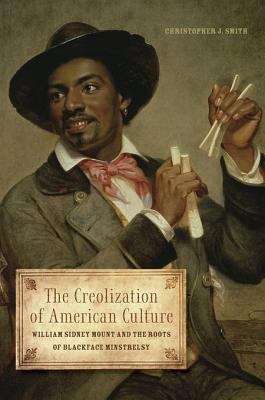 The Creolization of American Culture examines the artworks, letters, sketchbooks, music collection, and biography of the painter William Sidney Mount (1807–1868) as a lens through which to see the multiethnic antebellum world that gave birth to blackface minstrelsy. As a young man living in the multiethnic working-class community of New York's Lower East Side, Mount took part in the black-white musical interchange his paintings depict. An avid musician and tune collector as well as an artist, he was the among the first to depict vernacular fiddlers, banjo players, and dancers precisely and sympathetically. His close observations and meticulous renderings provide rich evidence of performance techniques and class-inflected paths of musical apprenticeship that connected white and black practitioners.

Looking closely at the bodies and instruments Mount depicts in his paintings as well as other ephemera, Christopher J. Smith traces the performance practices of African American and Anglo-European music-and-dance traditions while recovering the sounds of that world. Further, Smith uses Mount's depictions of black and white music-making to open up fresh perspectives on cross-ethnic cultural transference in Northern and urban contexts, showing how rivers, waterfronts, and other sites of interracial interaction shaped musical practices by transporting musical culture from the South to the North and back. The "Africanization" of Anglo-Celtic tunes created minstrelsy's musical "creole synthesis," a body of melodic and rhythmic vocabularies, repertoires, tunes, and musical techniques that became the foundation of American popular music.

Reading Mount's renderings of black and white musicians against a background of historical sites and practices of cross-racial interaction, Smith offers a sophisticated interrogation and reinterpretation of minstrelsy, significantly broadening historical views of black-white musical exchange.

Copyright:
2013 the Board of Trustees of the University of Illinois