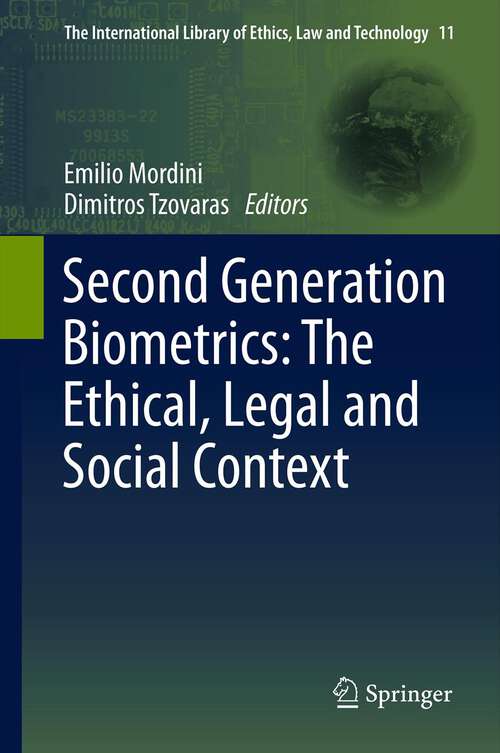 While a sharp debate is emerging about whether conventional biometric technology offers society any significant advantages over other forms of identification, and whether it constitutes a threat to privacy, technology is rapidly progressing. Politicians and the public are still discussing fingerprinting and iris scan, while scientists and engineers are already testing futuristic solutions. Second generation biometrics - which include multimodal biometrics, behavioural biometrics, dynamic face recognition, EEG and ECG biometrics, remote iris recognition, and other, still more astonishing, applications - is a reality which promises to overturn any current ethical standard about human identification. Robots which recognise their masters, CCTV which detects intentions, voice responders which analyse emotions: these are only a few applications in progress to be developed.

This book is the first ever published on ethical, social and privacy implications of second generation biometrics. Authors include both distinguished scientists in the biometric field and prominent ethical, privacy and social scholars. This makes this book an invaluable tool for policy makers, technologists, social scientists, privacy authorities involved in biometric policy setting. Moreover it is a precious instrument to update scholars from different disciplines who are interested in biometrics and its wider social, ethical and political implications.