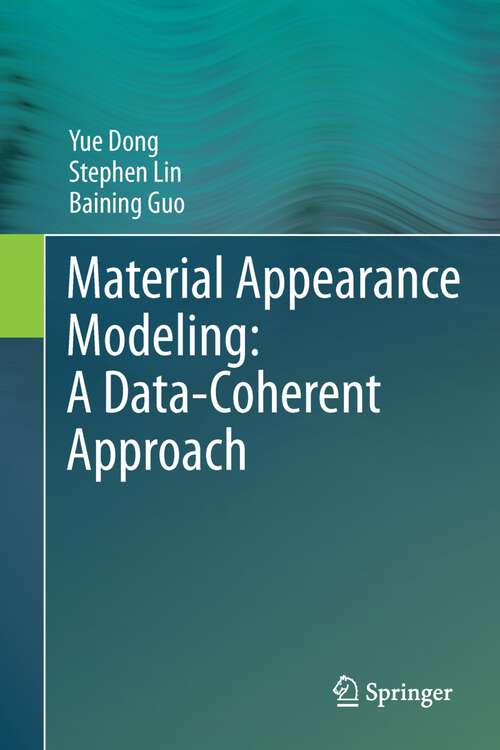 A principal aim of computer graphics is to generate images that look as real as photographs. Realistic computer graphics imagery has however proven to be quite challenging to produce, since the appearance of materials arises from complicated physical processes that are difficult to analytically model and simulate, and image-based modeling of real material samples is often impractical due to the high-dimensional space of appearance data that needs to be acquired.

This coherence-based approach can be comprehensively applied to all the major elements of image-based appearance modeling, from data acquisition of real material samples to user-assisted modeling from a photograph, from synthesis of volumes to editing of material properties, and from efficient rendering algorithms to physical fabrication of objects. In this book we present several techniques built on this coherency framework to handle various appearance modeling tasks both for surface reflections and subsurface scattering, the two primary physical components that generate material appearance. We believe that coherency-based appearance modeling will make it easier and more feasible for practitioners to bring computer graphics imagery to life.

This book is aimed towards readers with an interest in computer graphics. In particular, researchers, practitioners and students will benefit from this book by learning about the underlying coherence in appearance structure and how it can be utilized to improve appearance modeling. The specific techniques presented in our manuscript can be of value to anyone who wishes to elevate the realism of their computer graphics imagery. For understanding this book, an elementary background in computer graphics is assumed, such as from an introductory college course or from practical experience with computer graphics.