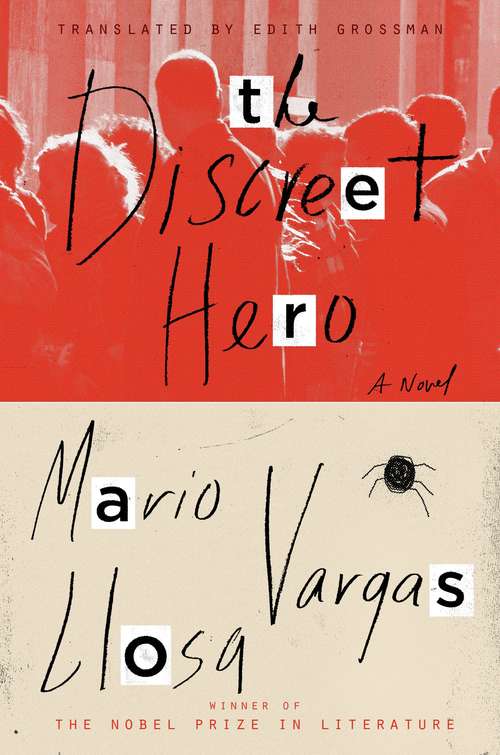 Nobel laureate Mario Vargas Llosa's newest novel, The Discreet Hero, follows two fascinating characters whose lives are destined to intersect: neat, endearing Felícito Yanaqué, a small businessman in Piura, Peru, who finds himself the victim of blackmail; and Ismael Carrera, a successful owner of an insurance company in Lima, who cooks up a plan to avenge himself against the two lazy sons who want him dead.

Felícito and Ismael are, each in his own way, quiet, discreet rebels: honorable men trying to seize control of their destinies in a social and political climate where all can seem set in stone, predetermined. They are hardly vigilantes, but each is determined to live according to his own personal ideals and desires―which means forcibly rising above the pettiness of their surroundings. The Discreet Hero is also a chance to revisit some of our favorite players from previous Vargas Llosa novels: Sergeant Lituma, Don Rigoberto, Doña Lucrecia, and Fonchito are all here in a prosperous Peru. Vargas Llosa sketches Piura and Lima vividly―and the cities become not merely physical spaces but realms of the imagination populated by his vivid characters.

A novel whose humor and pathos shine through in Edith Grossman's masterly translation, The Discreet Hero is ano