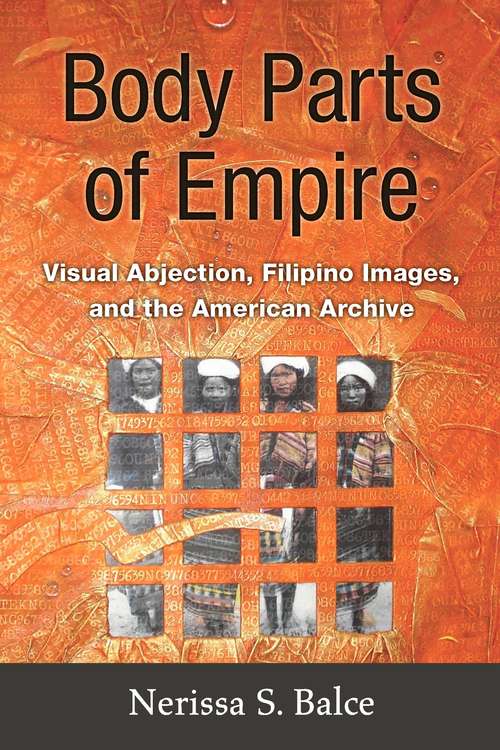 Body Parts of Empire is a study of abjection in American visual culture and popular literature from the Philippine-American War (1899-1902). During this period, the American national territory expanded beyond its continental borders to islands in the Pacific and the Caribbean. Simultaneously, new technologies of vision emerged for imagining the human body, including the moving camera, stereoscopes, and more efficient print technologies for mass media.

Rather than focusing on canonical American authors who wrote at the time of U.S. imperialism, this book examines abject texts--images of naked savages, corpses, clothed native elites, and uniformed American soldiers--as well as bodies of writing that document the goodwill and violence of American expansion in the Philippine colony. Contributing to the fields of American studies, Asian American studies, and gender studies, the book analyzes the actual archive of the Philippine-American War and how the racialization and sexualization of the Filipino colonial native have always been part of the cultures of America and U.S. imperialism. By focusing on the Filipino native as an abject body of the American imperial imaginary, this study offers a historical materialist optic for reading the cultures of Filipino America.