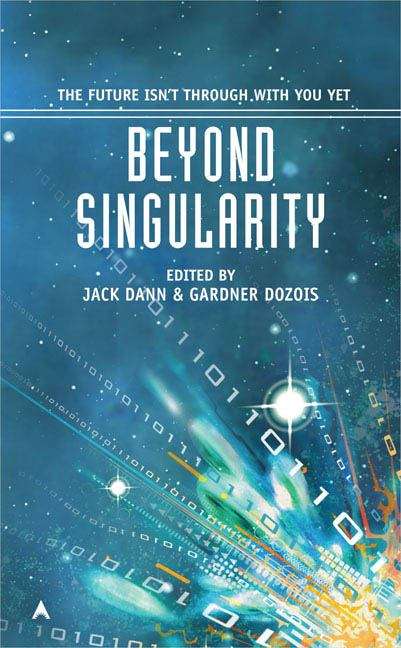 [from the back cover]

The Singularity is the future point when humans are no longer the dominant species on Earth--and the rate of technological change is so great that predicting the future becomes nearly impossible. But what will happen beyond Singularity? Now some of today's top writers present fourteen visions of a world where humans may have godlike powers or be wiped from existence, relegated to zoos or merged with machines to produce creatures barely recognizable as human. Only a few decades down the line, it's an Earth you may wish you won't live to see...