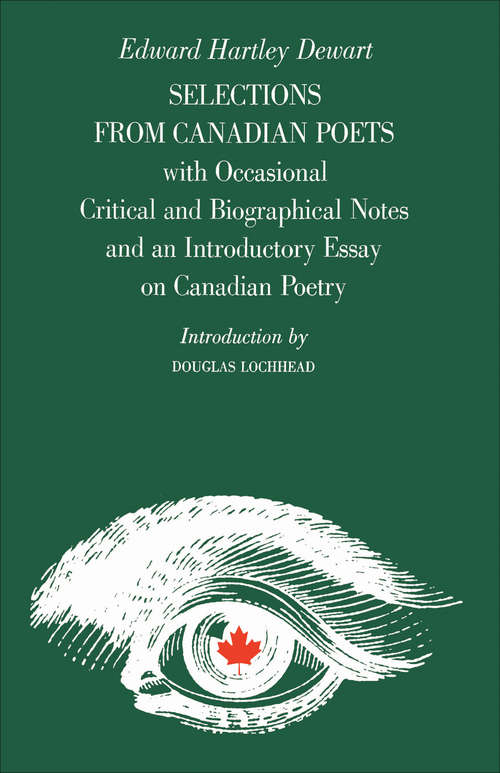 Selections from Canadian Poets set an important precedent when it was published in 1864. It was the first anthology of native Canadian poetry and was compiled, as Edward Hartlet Dewart explained, in order to 'rescue from oblivion some of the floating pieces of Canadian authorship worthy of preservation in a more permanent form ...' This anthology, like any other, reflects the tastes of the anthologist and the tenor of the times. Pre-confederation poets had deeply felt ties with other countries from which developed a shared concern for what Douglas Lochhead terms in his introduction the 'now' and the 'place,' often described in terms of the 'past' and the 'other place,' which embraced a still larger loyalty – religious, political, philosophical, and above all nationalistic. Dewart was widely commended by critics of his attention for its endeavour to come to grips with the influences of other literatures (mainly English) and for its realization that so-called 'colonialism' was a major shaping force of Canadian poetry. On the first page of his essay Dewart states that:

A national literature is an essential element in the formation of national character.

These words, as well as his perceptive appraisal of the problems of Canadian literary endeavours, still apply today and make this reprint timely and pertinent.