The Rise of the Research University 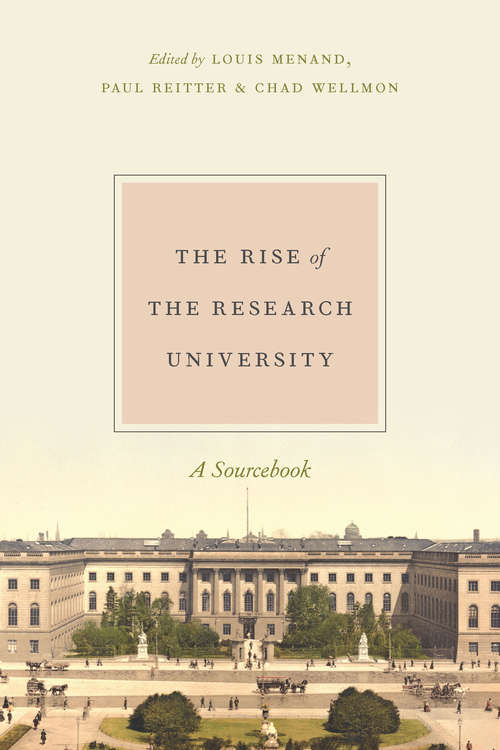 The modern research university is a global institution with a rich history that stretches into an ivy-laden past, but for as much as we think we know about that past, most of the writings that have recorded it are scattered across many archives and, in many cases, have yet to be translated into English. With this book, Paul Reitter, Chad Wellmon, and Louis Menand bring a wealth of these important texts together, assembling a fascinating collection of primary sources—many translated into English for the first time—that outline what would become the university as we know it.

The editors focus on the development of American universities such as Cornell, Johns Hopkins, Harvard, and the Universities of Chicago, California, and Michigan. Looking to Germany, they translate a number of seminal sources that formulate the shape and purpose of the university and place them next to hard-to-find English-language texts that took the German university as their inspiration, one that they creatively adapted, often against stiff resistance. Enriching these texts with short but insightful essays that contextualize their importance, the editors offer an accessible portrait of the early research university, one that provides invaluable insights not only into the historical development of higher learning but also its role in modern society.